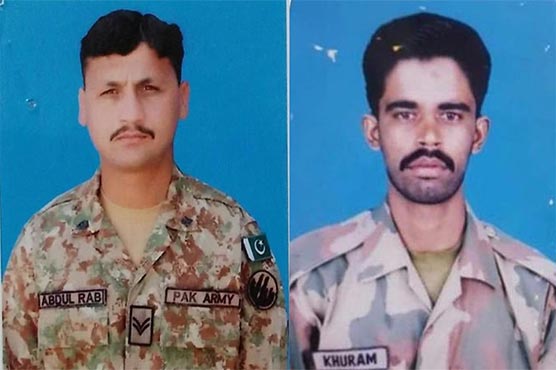 MUZAFFARABAD (Dunya News) - Two Pakistan army soldiers embraced martyrdom on Saturday at Nakiyal Sector of Azad Jammu and Kashmir (AJK) as “ruthless shelling” by Indian troops from across the restive Line of Control (LoC) continued on Saturday, according to the Director General of the Inter-Services Public Relations (ISPR), Maj Gen Asif Ghafoor.

Earlier today, two civilians were killed and one woman sustained critical wounds by unprovoked violations of Indian troops in AJK.