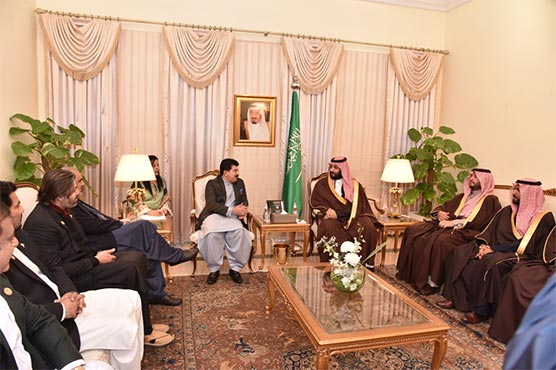 They discussed matters of mutual interest.

The Crown Prince was honored due to his "outstanding support for reinvigorating Pak-Saudi bilateral relationship".

On Sunday, Saudi Prince had been accorded a red carpet welcome and a guard of honour at the Prime Minister (PM) House in Islamabad after his arrival at Noor Khan Air Base in Rawalpindi.

The crown prince was received by PM Imran Khan and other members of his cabinet at the air base.

Seven agreements and Memorandums of Understanding (MoUs) were inked with Pakistan hoping that they will provide welcome relief to its teetering economy.

Strict security measures have been formulated and implemented across the federal capital and Rawalpindi. The army, Rangers and police are together handling security of the metropolis.

Meanwhile, a public holiday has been declared today in light of his visit.