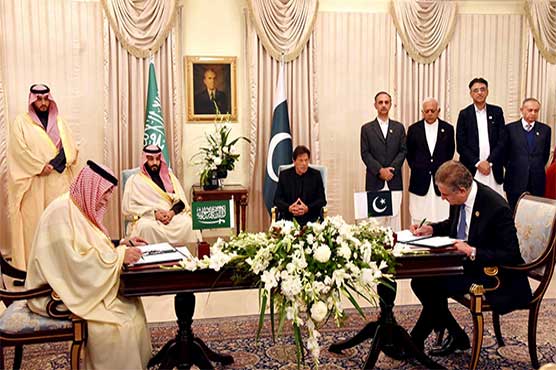 Seven agreements and Memorandums of Understanding (MoUs) were inked.

ISLAMABAD (Dunya News) – Saudi Arabia and Pakistan signed a raft of investment deals Sunday worth up to $20 billion during the first-ever visit of Saudi Crown Prince Mohammad bin Salman (MBS) to Pakistan.

The signing ceremony was held at the Prime Minister House in Islamabad tonight.

The sectors include cooperation in production of electricity, establishment of refinery petrochemical plant, promotion of sports and technical assistance in standardization sector.

Pakistan is facing a serious balance of payments crisis and hopes the deals will provide welcome relief to its teetering economy.

Prime Minister Imran Khan thanked longtime ally Saudi Arabia for its support, adding: "Pakistan and Saudi Arabia are now taking this relationship to a level which (they) never had before."

Earlier Sunday, MBS was greeted with a booming 21-gun salute and was warmly embraced by Khan and powerful army chief General Qamar Javed Bajwa as he stepped onto a red carpet flanked by an honour guard at a military airbase near Islamabad.

MBS will travel to India after his Pakistan visit, where he will meet Prime Minister Narendra Modi and Petroleum Minister Dharmendra Pradhan.

He is expected to finish the trip with a visit to China on Thursday and Friday. 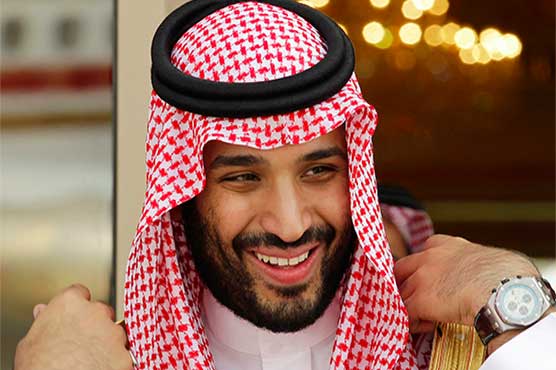 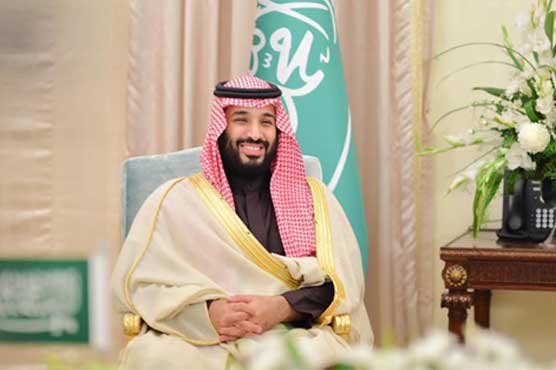 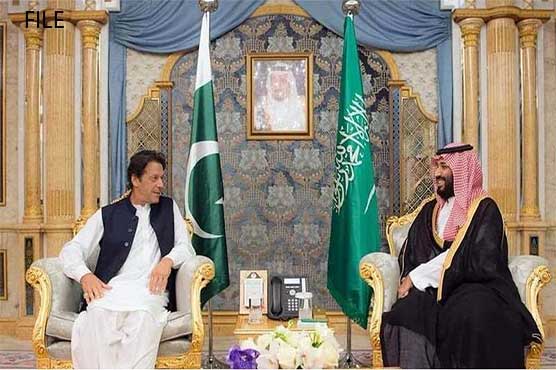 Pakistan will move forward in the leadership of PM Khan: Saudi Prince 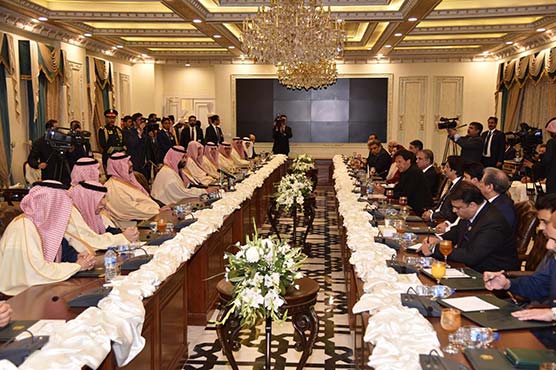