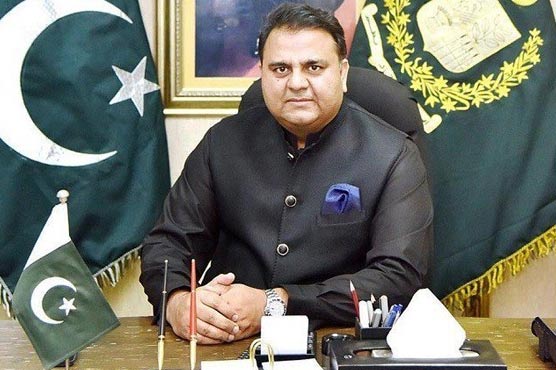 Lack of serious opposition is a political crisis, says Fawad.

ISLAMABAD (Dunya News) – Federal Minister for Information Fawad Chaudhry on Saturday explained why the government has not invited the opposition leaders to the dinner hosted in honor of Saudi Crown Prince Muhammad bin Salman.

Taking o twitter, Fawad maintained that the opposition leaders are either in jail in corruption cases, released on bail or under investigation.

The remaining are not of the required stature. Inviting them or not is equal, he added.

“Lack of serious opposition is a political crisis. We can only hope of a new leadership in the future,” asserted Fawad.

In an interview with Saudi TV, he said Prime Minister Imran Khan’s recent visits to Saudi Arabia have helped further expand relations between the two countries.

He said Pak-Saudi relations are deep rooted in common faith and economic cooperation and Shah Faisal Mosque in Islamabad implies the strong bonds between the two countries.

Fawad Chaudhry said we have given special relaxation in visa to the Saudi nationals. He pointed out that there are many picturesque places in Pakistan including glaciers and expressed the desire the people from the Gulf countries should visit Pakistan for sightseeing.

The minister said we will also sign an MoU with Saudi Arabia for promotion of tourism in the country and a joint committee on the matter has also been constituted.

He said the people of Pakistan fully support and endorse the vision of Saudi Crown Prince Muhammad Bin Salman.

Fawad Chaudhry said we are fully coordinating with Saudi Information Ministry in order to promote tolerance.

He said Holy Prophet Hazrat Muhammad (SAWW) laid the foundation of a society based on tolerance, Islamic brotherhood, welfare of poor and justice.