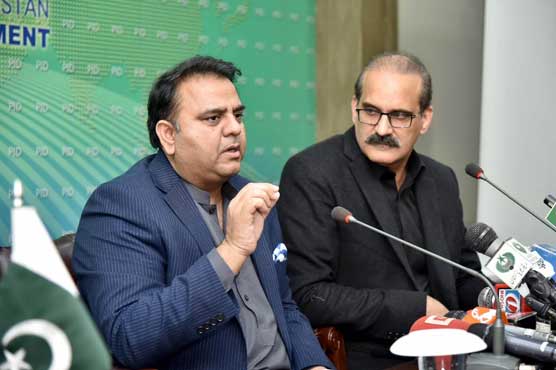 The minister said that the federal government has taken responsibility of the children of Thar.

The minister said that the federal government has taken responsibility of the children of Thar.

Fawad Chaudhry went on to say that the health cards will be issued in Punjab from February 20, adding that later the programme will be expanded to other parts of the country.

“Media workers and artists have been included in the first phase of the health cards,” he said and added salaried class will be provided health cover under insurance programme to be launched soon.

The information minister said that objective of launching this scheme was to provide medical protection to poorest segments of the society as medical treatment worth Rs720,000 would be provided free of cost to each registered family.

Speaking on the occasion, Amir Mehmood Kiani said that the government is committed to provide health facilities to the oppressed and by 2020 the entire population of Pakistan will be covered under Insaf Sehat Card.

He said these cards will be delivered at the door step of the deserving class for which BISP data is being used.

The minister said an assistance of 10,000 rupees will be provided if a patient, entitled under the healh card scheme, dies.