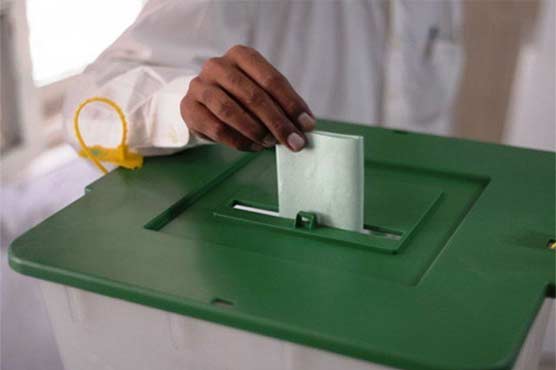 The polling will be continued till 04:00 pm without any break.

KARACHI (Dunya News) – Polling on one hundred and thirty-nine (139) vacant seats of local government in twenty-two districts of Khyber Pakhtunkhwa is in progress today (Sunday).

The polling started at 08:00 in the morning and will be continued till 04:00 pm without any break, Provincial Election Commission revealed.

Strict security arrangements have also been made to maintain peace during the polling and nearly 2000 security personals have been deployed.

The Provincial Election Commission has declared 47 polling stations as sensitive while 31 as highly sensitive.

The results of the by-election in KPK will be announced tomorrow (Monday).

On the other hand, total seats were 141, polling on 65 vacant seats of local government in different areas of Sindh is underway.

In Sindh, 389 polling stations have been established including 57 for men, 55 for women and 277 for both.