PPP prepares strategy ahead of Zardari's appearance in banking court 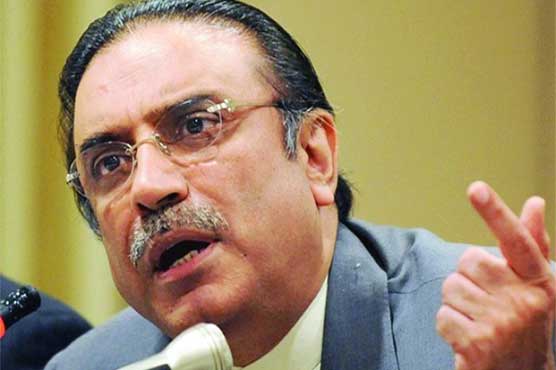 PPP prepares strategy ahead of Zardari's appearance in banking court

Asif Ali Zardari will appear in the banking court on Friday.

KARACHI (Dunya News) – The Pakistan Peoples Party (PPP) has finalised its strategy ahead of Asif Ali Zardari’s appearnce in the banking court on Friday in a case related to alleged money laundering.

According to sources, the PPP has directed all the party MNAs and Senators to reach Karachi tonight.

Earlier on Wednesday night, the PPP decided to give tough time to the government in case of the arrest of the former president. Sources said that the party’s senior leaders also proposed to move no-confidence motion against the government.

As the Joint Investigation Team (JIT) constituted by Supreme Court (SC) is swiftly heading towards conclusion of the probe into fake accounts case involving suspicious transactions worth multi-billions, the situation looks quite depressing for former President Asif Ali Zardari and her sister Faryal Talpur.

The PPP co-chairman himself has hinted at his imminent arrest in the case.

The JIT in the recent development has traced money laundering through Hundi, and properties purchased in London, Canada, France and Dubai from the same illegal money.

The latest headway in JIT report is being seen to spell a disastrous and depressing year 2019 for Asif Ali Zardari and Faryal Talpur.