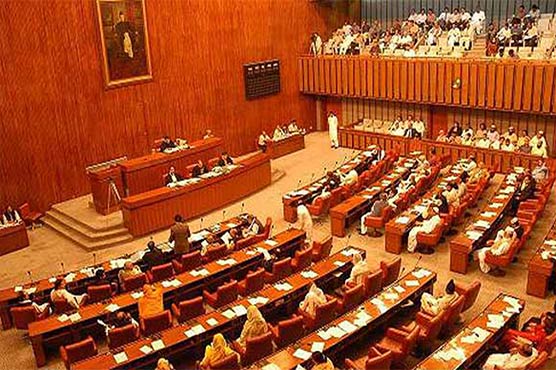 The Senate resumed its session with Deputy Chairman Saleem Mandviwala in the chair.

ISLAMABAD (Web Desk) - The Senate on Tuesday unanimously passed a resolution strongly condemning recent wave of repression and violence by the Indian security forces in Occupied Kashmir including the direct shooting at demonstrators in Pulwama claiming lives of a number of innocent Kashmiris and injuring many.

The Senate resumed its session at the Parliament House in Islamabad with Deputy Chairman Saleem Mandviwala in the chair.

The resolution moved by Sherry Rehman stated that no journalist, foreign tourists and Humanitarian organizations are allowed to enter the Occupied Kashmir.

It said the continued atrocities by Indian Occupation forces can never suppress the just political struggle of the Kashmiri for the legitimate right of self-determination.

The resolution took note of OIC Secretary General’s statement expressing strong condemnation of the killing of innocent Kashmiris by Indian forces in Indian Occupied Kashmir. It urged the OIC to call an emergency meeting on the said violations.

The resolution called upon the international community to end its indifference and deliberate negligence of systematic repression of Kashmiris by the Indian Security forces through disappearances, human shields, state encounters, rapes, the use of live ammunition, illegal searches, seizures and use of pellet guns.

It urged the government to implement earlier resolutions passed by the Senate requiring appointment of Special Envoys to raise the Kashmir issue at all international fora and to get appointed a special envoy of the United Nations for the Kashmir dispute.

The resolution reiterated Pakistan’s commitment to continue its moral and diplomatic support to the Kashmiris towards the day when they will exercise their recognized right to self-determination under UN Security Council resolution.

Earlier, speaking on a motion, Minister for Human Rights Dr. Shireen Mazari said the government is working on a concrete blueprint for the resolution of Kashmir issue. She said it is encouraging the European parliament for the first time is going to make public the human right violations in Occupied Kashmir.

The Minister said government will also invite UN Human Rights Commissioner to visit the Occupied Kashmir to take notice of the rights violations by the Indian security forces in the area.

Shireen Mazari said UN General Assembly has unanimously adopted a resolution moved by Pakistan reaffirming the inviolability of right to self-determination for all people without exception including the people of Jammu and Kashmir and Palestine. She said it is an important resolution as it has been considered that the struggle for right to self-determination has become illegitimate after 9/11 which is incorrect.

Speaking on the topic, Senators strongly condemned the grave human rights violations and state terrorism continuing against innocent Kashmiris by the Indian forces in Occupied Kashmir.

They said that Kashmiris struggle to right to their self-determination is an indigenous movement and Indian troops cannot suppress people voice through violence. They called upon the international community to play its role in ending barbarism in the Occupied Kashmir by Indian forces. They also condemned the recent killings of innocent people in Pulwama.

Other resolutions and bills passed by Senate

The Upper House passed unanimously three resolutions on Tuesday calling upon the government to take immediate steps to address matters of public interest.

The first resolution called upon the government to implement the system of Zakat and Usher and Islamic economic system in its true spirit.

The second resolution urged the government to take immediate steps to ensure that complete name of Khyber Pakhtunkhwa will be used in official correspondence instead of its acronym KPK or KP.

The third resolution called upon the government to take immediate steps for the implementation of the commitments, made at the time of merger of FATA into Khyber Pakhtunkhwa, regarding the release of three percent of funds from the NFC award and creation of twenty thousand jobs for the youth of those areas.

Three bills were also introduced in the House.

The chair referred the bills to the concerned standing committees of the House for further deliberations. The House will now meet again on Wednesday at 2:00 pm. 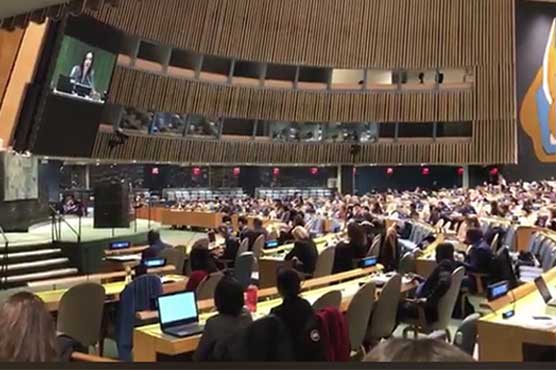 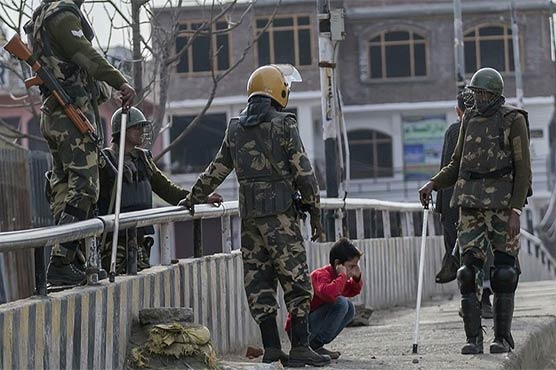 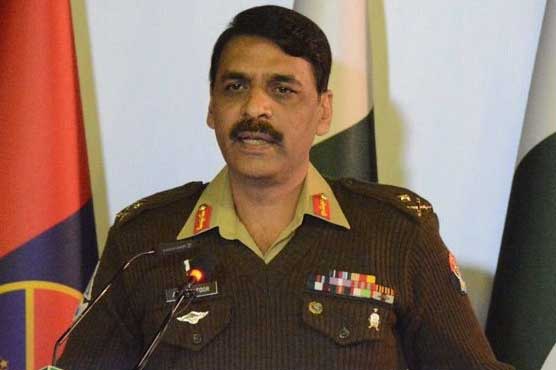