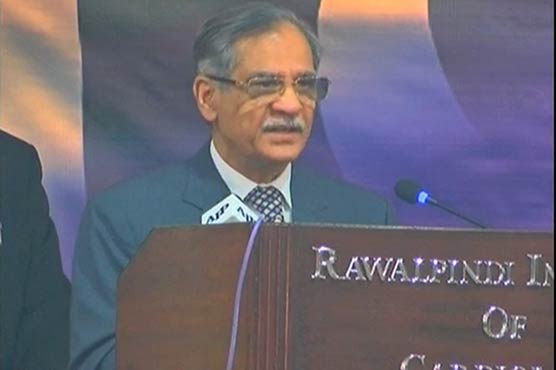 The CJP was speaking during the heart stroke conference.

Speaking during the heart stroke conference, he lamented that two to three patients share a single bed in Khyber Pakhtunkhwa hospitals.

“No one cares about the treatment of the poor. Hospitals lack basic machinery,” the CJP emphasized.

“The person who does not have any reference is unable to get better treatment which is his right. Now the situation is better than before,” he declared.

“The ventilators are dysfunctional in hospitals. Those which are in good condition are for the recommended ones. This shows the complete failure of government in health sector,” he asserted.

Chief Justice stressed that a new formula has to be devised for the prices of medicines after increase in dollar price.