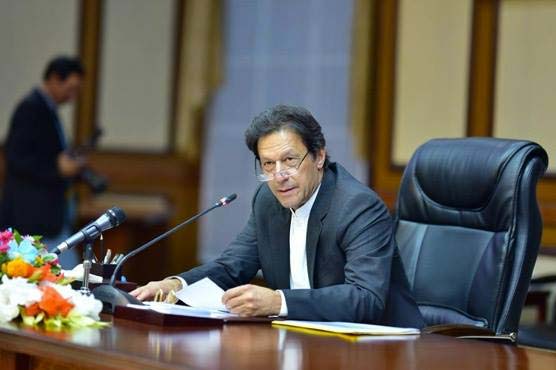 The body has been tasked to devise strategies in the wake of any untoward incident in the country.

ISLAMABAD (Dunya News) – Prime Minister Imran Khan Thursday constituted a committee to negotiate with agigators demonstrating against the Supreme Court verdict that overturned the death sentence of Asia Bibi, a Christian woman who was convicted for blasphemy in 2010.

The committee - which includes Foreign Minister Shah Mehmood Qureshi, Information Minister Fawad Chaudhry and State Minsiter for Interior Shehryar Afridi - has been tasked to devise strategies in the wake of any untoward incident in the country.

Imran Khan while finalising the committee said the government will ensure protection of citizens and no one will be allowed to take law into hands or to block the roads against the Supreme Court’s verdict.

The prime minister in his address to the nation on Wedensday had delivered a forceful call for Pakistanis to respect the verdict which sparked protests across the country.

"They are inciting you for their own political gain, you should not get trapped by them for the sake of the country, they are doing no service to Islam," he said.

A three-member Supreme Court bench in its judgement acquitted Bibi of the charge, saying the prosecution had failed to prove its case “beyond resonable doubt”.

“The appeal is allowed. She has been acquitted. The judgment of high court as well as trial court is reversed. Her conviction is set aside,” Chief Justice of Pakistan Justice Saqib Nisar said.