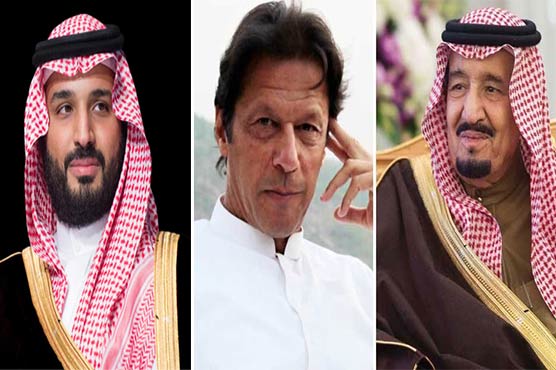 According to a press statement released by the Pakistani Embassy in Riyadh, PM Imran Khan is set to discuss many important bilateral, regional and international issues with the Saudi leadership.

The Saudi King will also host a state banquet for the Prime Minister at the Royal Court.

Earlier, the premier paid his respects at Roza-e-Rasool (SAW) on Tuesday and offered Magrib prayer and Nawafil in Riaz-ul-Jannah.

The doors of Roza-e-Rasool (SAW) were specially opened for the prime minister and his delegation.