SIKSA, Pakistan (Thomson Reuters Foundation) - When a pipeline was installed last year to bring spring water and snowmelt to this village of 500 households in northern Pakistan, it brought something else as well: peace.

Previously, neighbours argued over the limited water that coursed through channels to the town. The community strictly regulated water use, with each household allowed half an hour of supply a week to irrigate their fields. Cheating brought arguments.

To wash their clothes or to bathe, villagers had to clamber down to the river at the bottom of the valley. Fetching drinking water meant climbing up the steep mountainside to a spring.But not any more.

“I would say 90 percent of our issues have now been resolved,” said Shereen Akhtar, a resident and the locally elected representative to the Gilgit-Baltistan Legislative Assembly. “Now there is peace in Siksa.” 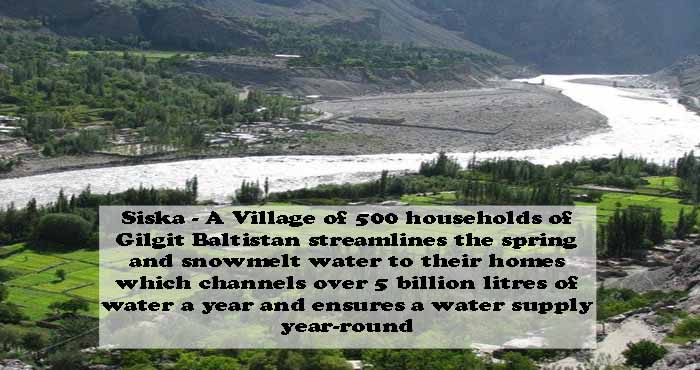 The pipeline, sunk three feet into the ground, uses gravity to carry water six kilometres (3.7 miles) from the heights of the Karakoram Mountains in Gilgit-Baltistan, Pakistan’s northern-most region.

It feeds into a 30,000-litre (8,000-gallon) storage tank, which directs the water through irrigation channels that supply 4,000 people, said Aisha Khan, who heads the Mountain and Glacier Protection Organization (MGPO), a non-profit that works in the region.

She estimates the system now channels over 5 billion litres of water a year - and ensures a water supply year-round.

The project was constructed in response to the effects of climate change, she said, which has led to more erratic water supplies in mountain areas, putting lives and incomes at risk.

“Winters are becoming milder and shorter with less snowfall, and summers are getting longer and warmer,” she said.

And with changes in rainfall patterns affecting farming, she said, ensuring food security is seen as the first step in building resilience and reducing vulnerability to climate change impacts.

“That can only be achieved by providing mountain communities with a reliable source of water in the right quantity and at the right time,” Khan said. 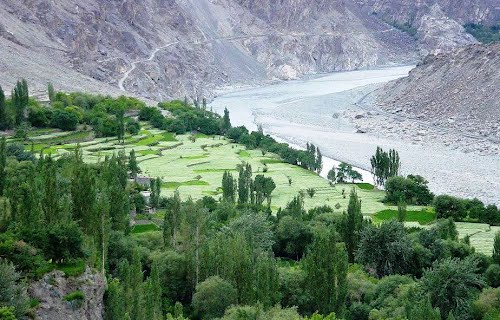 SISKA: The system now channels over 5 billion litres of water a year - and ensures a water supply year-round. Photo: Reuters

A TIME OF PLENTY

Siksa’s water supply project took a year to put in place, and cost about 15.5 million Pakistani rupees ($126,000). The community provided the labour and about one-fifth of the money, with most of the rest coming from the Coca-Cola Foundation.

Sakina, who like most villagers uses just one name, said that until a few years ago water was abundant, with heavy winter snow meaning plenty of water flowed even in summer.

“But for several years now the winters are not so cold anymore and there is less snowfall. That meant less water for irrigation and less crops and income,” she said.

But since the water storage tank was installed, “all these fields have become green again”, she said, pointing to terraced fields where tomatoes, aubergine, okra and pumpkin grow against a backdrop of towering, bare-sloped mountains.

“We can now cook vegetables like okra and aubergines which was unheard of before. Earlier our vegetables would just dry up after we planted them,” the mother-of-three said.

The steady supply of water even means Siksa’s homes are decorated with pots and baskets of flowers.

“Our homes are now scrupulously clean, and we can plant flowers too as we now have plenty of water,” said Husniat, a teacher at one of the village’s two schools.

In recent years, Husniat said, the lack of water meant it was hard to ensure children stayed clean.

“We would have to go fetch water in plastic containers from springs higher up in the mountains, which would take hours, then use it sparingly to wash clothes and for cooking and drinking. It was exhausting,” she said. 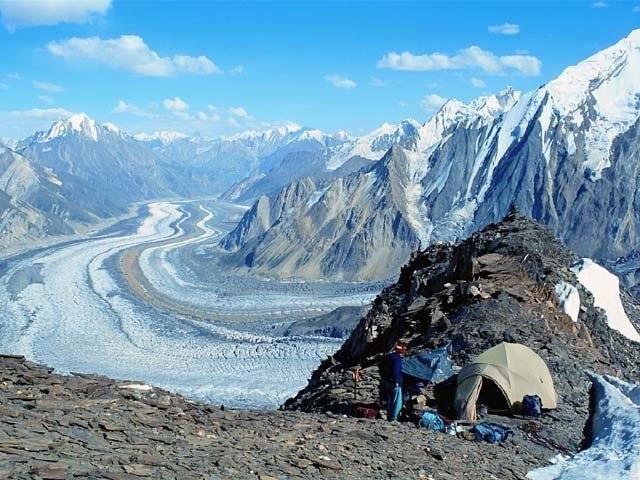 A reliable supply of water also has allowed villagers for the first time in year to sell a surplus of vegetables grown in the nearby market towns of Khaplu and Skardu, Khan said.

They are predicting an even bigger harvest next year, after discovering the water supply is sufficient to irrigate additional farmland, she said.

In an effort to help combat global warming, they have planted 10,000 poplar trees as well in the past two years, on formerly barren ground.

“We took the rocks out of the barren ground with our bare hands and planted each tree and watered it. The plantation area has become so green now we all go there in the summers for picnics,” Sakina said.

Khan said the previous government had pushed for more tree planting and provided villagers with free popular saplings, which will also become a new source of income as they grow.

Residents can cut them down and replant “as they grow quite fast,” Khan said, adding that the timber from a mature poplar would fetch about $325.

Sakina said Siksa residents know they should not fell trees for fuel but the government’s supply of electricity to the village is erratic, leaving them little choice.

“Without a proper supply of electricity to run our heaters, what can we do?” she asked.

She said the community now wants to build a small hydropower plant if they can find the needed $80,000 in funding.