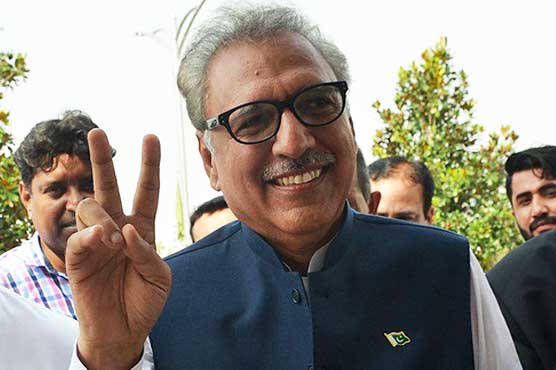 The oath will be administered by Chief Justice of Pakistan (CJP) Justice Mian Saqib Nisar at a ceremony to be held at the Presidency.

Arif Alvi won the presidential elections last week by securing 352 votes in the electoral college of national and provincial assemblies and the Senate.

He also participated in elections from the platform of Jamaat-e-Islami in 1979 but lost. Later he became disillusioned with the politics of Jamaat-e-Islami and joined PTI as its founding member in 1996. He also helped in writing the Constitution of the new party.