What was the need to issue transfer order of Pakpattan DPO at 1am, asks CJP 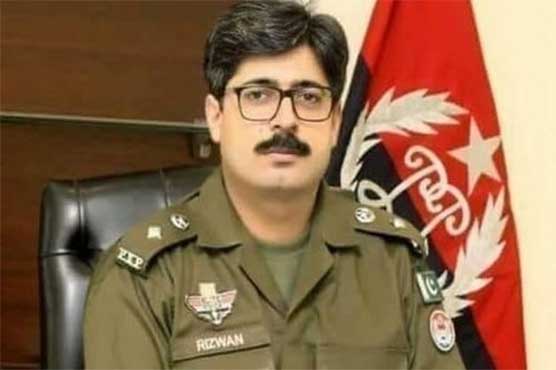 What was the need to issue transfer order of Pakpattan DPO at 1am, asks CJP

During the hearing, the CJP inquired, “On whose orders was the transfer orders of DPO were issued?” He maintained that efforts should be made to empower and free the police department of any pressure.

“If the transfer was made over the orders of Chief Minister then it is illegal however if it happened due to any other person then it is wrong,” remarked the judge.

“Where is Khawar Manika? Why was the DPO forced to apologize to him?” questioned the Chief Justice.

“What was the need to issue transfer order at 1am? We want to make police independent of political influence but our efforts are being maligned,” asserted CJP Nisar.

“Who is Ahsan Jamil Gojjar and can he give the transfer orders?” he asked.

“I have served in the police for the last 31 years with complete honesty. I do not follow the directions of any politician. The transfer of DPO Gondal was an administrative order. He went to the CM without consulting me. The matters of Pakpattan were not a responsibility of Gondal. No one ordered me to issue transfer orders of the DPO. A woman was mistreated,” Punjab IG told the court.

“You acted under malicious intent. Do not provide directions to the court. Let us summon secretary establishment and ask him to issue your transfer orders. You will not return as Punjab IG if misrepresented the matter,” rebuked the CJP.

“What is wrong if the police questioned the woman for her own security?” remarked the CJP.

“Is she the same lady in whose residence the Nikkah ceremony of first lady was held?” asked the CJP. “Yes, she is the same lady. I was told that I did not implement on the message sent to me,” revealed Gondal.

Justice Ijazul Ahsan asked about the person who hurled the message. “It was sent through one of our friend,” said Gondal. “When did the CM call you?” asked the CJP. “At 10pm,” replied the suspended DP.

“A call came from Manika’s Dera that those who stopped the woman will be taken. I refused Ahsan Jamil Gojjar to go to the dera as DPO. I also received a call from CM’s PSO on August 26,” told Gondal.

“The PSO told me Punjab IG has been ordered that the DPO should not be seen after 9am. The RPO was called at 12:30 am,” said Gondal. “It means that the transfer orders were issued by the CM,” said Justice Ijaz.

“According to PSO, the order came from Chief Minister. Whoever involved in the incident will be summoned. How and where is article 62 (1)(f) is applicable. Makhdoom Ali Khan can be appointed judicial assistance in the case. The court should be told whether the CM can be disqualified under this article,” remarked the CJP.

Sahiwal RPO told court that Khawar manika was stopped at the checkpoint but he acted contrary to the order.  Manika also misbehaved with the police officials, he added.

“Did the Punjab IG barred you from going to the CM,” asked CJP. “No he did not,” replied the RPO.

Following the statements, the Supreme Court has also summoned Gojjar and Khawar Manika at 3pm.