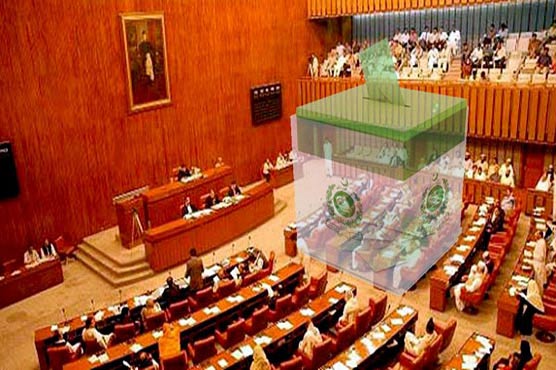 On September 4, the Senate will go into voting to pick successor of Mamnoon Hussain.

ISLAMABAD (Dunya News) – Pakistan Tehreek-e-Insaf (PTI) has expedited campaign to amass support for President-designate Arif Alvi and a two-member committee comprising Pervez Khattak and Senator Fida Mohammad has been constituted in this regard.

As per details acquired, the committee has been assigned task to secure support of independent candidates.

Khattak and Mohammad will soon leave for Khyber Pakhtunkhwa and Balochistan. Well-informed sources privy to party stated that several independent lawmakers of the upper house of parliament are willing to put their weight behind PTI.

On September 4, the Senate will go into voting to pick successor of Mamnoon Hussain.

The last date for candidates to file their papers is August 27.

Candidates will have time till 12 noon to submit their nomination papers with presiding officers in Islamabad, Lahore, Karachi, Peshawar and Quetta.

It would be pertinent here to say that a parliamentary session has been called on the same date ahead of historical presidential elections.

Lawmakers of National Assembly, Senate and all four provincial assemblies will cast their votes.