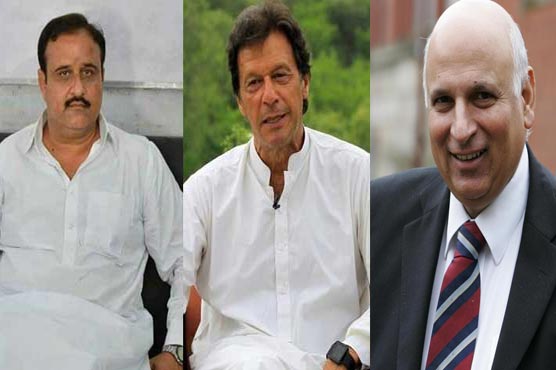 At least 15 ministers and three advisers will be sworn-in during the first phase.

As per details, both the leaders have been called by the premier for consultation to finalize Punjab cabinet which is likely to take oath on August 28.

At least 15 ministers and three advisers will be sworn-in during the first phase.

During an earlier meeting between Khan and Buzdar, both had agreed to keep the provincial cabinet short.

Abdul Aleem Khan is being considered for the position of Minister for Local Government and Community Development, Dr Yasmin Rashid is a strong candidate for the post of Health Minister, while Sibtain Khan is likely to be given Agriculture portfolio.

Mahmoodur Rasheed is being considered Punjab’s next Minister of Housing and Communication and Works Department, while Raja Yasir is under consideration for the position of Punjab Minister of Higher Education.

Raja Basharat is being measured for teh post of Provincial Minister for Parliamentary Affairs.