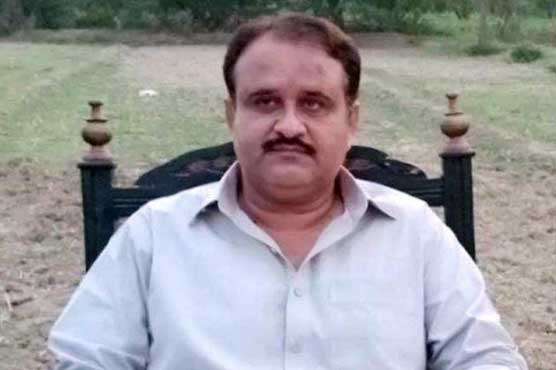 LAHORE (Dunya News) – Nominated Punjab CM of Pakistan Tehreek-e-Insaf (PTI) Sardar Usman Buzdar on paid blood money to resolve a murder case against him after a court found him and his companions guilty in January 2000.

It was revealed that the PTI’s nominee for Punjab CM had paid blood money to resolve a murder case against him after a court found him and his companions guilty in January 2000.

According to the details garnered, a murder case lodged against Usman Buzdar, his father and other in 1998 and the court found them guilty in January 2000.

However, the nominated Punjab CM and his father paid Rs7.5million as blood money and settled the case. According to police, six people were killed iun firing incident during polling in 1998.

Read Also: Not months, will bring the change in days, vows Usman Buzdar

On other hand, Sardar Buzdar is also facing corruption allegations for allegedly making 300 bogus appointments during his tenure as nazim.

The National Accountability Bureau (NAB) failed to carry out investigation against the PTI’s nominee.

The Bureau’s spokesman said that an application was received against Buzdar in September 2016.

Earlier, in his statement the nominated Punjab CM accepted the challenges saying he would contest election in future if he failed to resolve province’s issues.

Buzdar promised to bring merit system in the province.

He said that he would bring an end to mismanagement, corruption and bad governance from Punjab.

Buzdar further asserted that the South Punjab needs much attention.

On Friday, prime minister-elect Imran Khan had announced Buzdar s name as a candidate for the post of CM Punjab via a video message.

Explaining his decision, the PTI chief had said: "Sardar Usman hails from the most impoverished area of Punjab. These people have no water, no electricity, no hospitals.

Buzdar is an advocate and a landlord by profession. Born in May 1969, in the tribal stretch of Dera Ghazi Khan in Punjab, Buzdar is the eldest of five brothers and sisters. While he received his early education from his family village, Barthi, he later enrolled at Multan’s Bahauddin Zakariya University for a masters in political science and then completed an LLB.