Arrangements in place for Nawaz trial in Al-Azizia, Flagship references 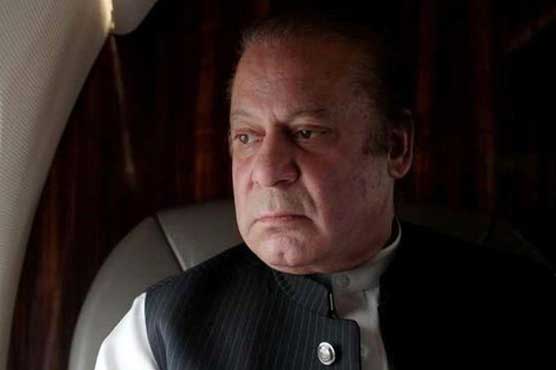 Arrangements in place for Nawaz trial in Al-Azizia, Flagship references

Monday will mark the PML-N supremo's first appearance out of Adiala jail premises in a month.

ISLAMABAD (Dunya News) – Former prime minister Nawaz Sharif will appear in an accountability court Monday which will mark the beginning of his trial in Al Azizia and Flagship references.

Monday will mark the PML-N supremo’s first appearance out of Adiala jail premises in a month. Authorities have completed foolproof security arrangements for the hearing in the federal judicial complex.

The accountability court on Thursday ordered officials concerned to produce Nawaz Sharif before the court in corruption references filed by the National Accountability Bureau (NAB).

The former premier is serving prison sentence in Avenfield reference while his sons Hassan and Hussain Nawaz have been declared absconders as they are not appearing in the court, he added.

The deputy prosecutor general said that Nawaz was not presented before the court after his arrest due to security concerns.

Nawaz, Maryam and Safdar were convicted and sentenced to prison in absentia for ten years, seven years and one year respectively, in Avenfield verdict.

Maryam Nawaz and Captain (r) Safdar, who had planned to contest the recently held election, were also disqualified from contesting polls for 10 years each.

Arrested and shifted to Adiala

Safdar was arrested by the NAB authoritites in Rawalpindi on July 9 while Nawaz and Maryam were taken into custody by the officials few minutes after their flight landed at Lahore’s Allama Iqbal International Airport on Friday night and shifted to Adiala Jail.

Accountability Court Judge Muhammad Bashir, who was present in the jail, issued warrants for imprisonment for Nawaz Sharif and Maryam Nawaz. A team of doctors conducted the medical checkup of both the accused and declared them fit.

Nawaz Sharif and Maryam Nawaz were then shifted to B-Class facility in Adiala Jail.