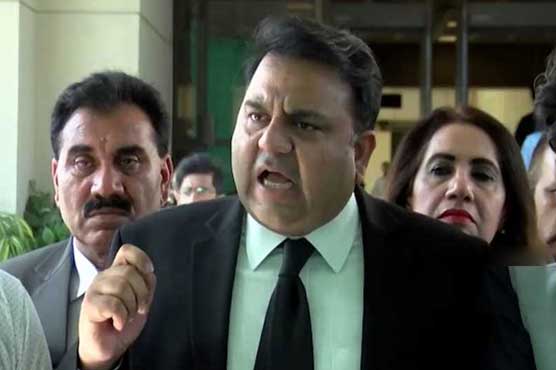 The preparations for oath-taking ceremony will start from tomorrow

Talking to media in Islamabad on Friday, he said that neither the country’s next prime minister would reside in PM House nor at Punjab House but Imran Khan will live in a ordinary house in ministers’ enclave.

"The preparations for oath-taking ceremony will start from tomorrow."

“No decision has been made on federal cabinet yet,” Fawad Ch added.

Earlier, the president had postponed his plan to proceed to Ireland on a three-day official visit on August 16. The decision came during a meeting with caretaker Information Minister Ali Zafar.

Zafar stressed that the presence of President Hussain is necessary for government formation.

The President had directed Punjab Governor Rafique Rajwana and Khyber Pakhtunkhwa Governor Iqbal Zafar Jhagra to perform their duties until the formation of new government.

On Thursday, President Mamnoon Hussain had approved the summary moved by Caretaker Prime Minister Justice (R) Nasirul Mulk to summon the session of the National Assembly (NA) on August 13.

On the first day, the new elected members of NA will take oath of their office. This will be followed by the elections of the speaker, the deputy speaker and then the leader of the house.

Caretaker Minister for Information, Broadcasting and Law, Barrister Ali Zafar said it was also expected that sessions of all the provincial assemblies would also be called on the same dates.

Imran Khan is likely to become next prime minister of Pakistan after his party secured majority of the seats in the assembly and also enjoys support of independent MNAs and other coalition parties.