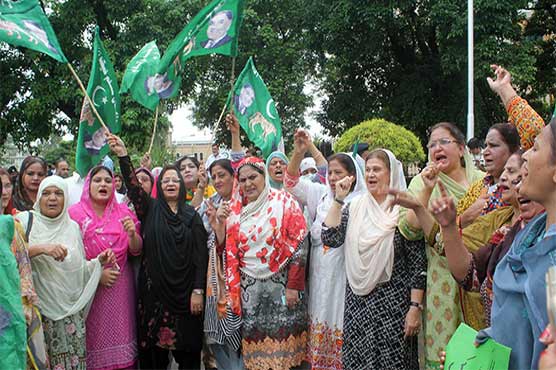 The FIR, under the provision of terrorism, was registered at secretariat police station.

ISLAMABAD (Dunya News) – A case has been lodged against the opposition parties for chanting slogans against Chief Justice of Pakistan (CJP) Mian Saqib Nisar during their protest outside Election Commission of Pakistan (ECP).

The FIR, under the provision of terrorism, was registered at secretariat police station in which, Imtiaz Raja and Kausar Gillani were nominated.

The protesters marched from Parliament House to ECP office and demonstrated against the alleged poll rigging. Intense slogans were also raised against the commission.