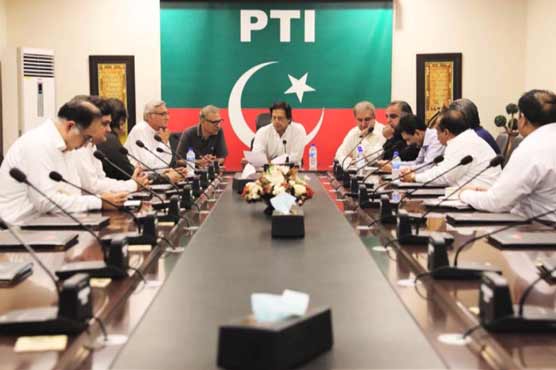 Addressing a joint press conference with leaders of PTI in Islamabad on Friday, MQM-P chief Khalid Maqbool Siddiqui said: “We have visited Bani Gala at the invitation of PTI Chairman Imran Khan, adding that today s meeting is a step forward to extend the journey of democracy.” 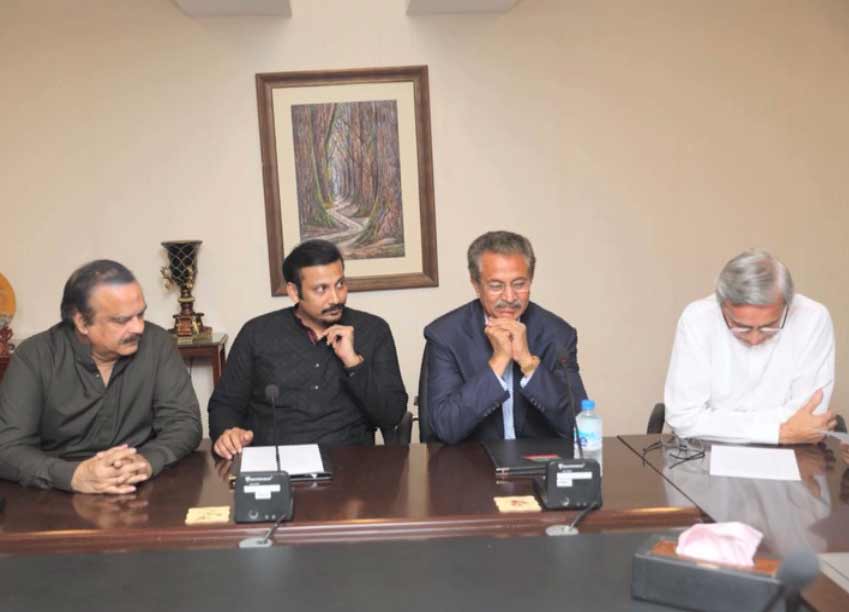 Siddiqui went on to say that the devolution of power will bring more power to people.

“Both MQM and PTI have gained a huge mandate in urban areas of Sindh and they will cooperate with each other,” Khalid Maqbool Siddiqui added. 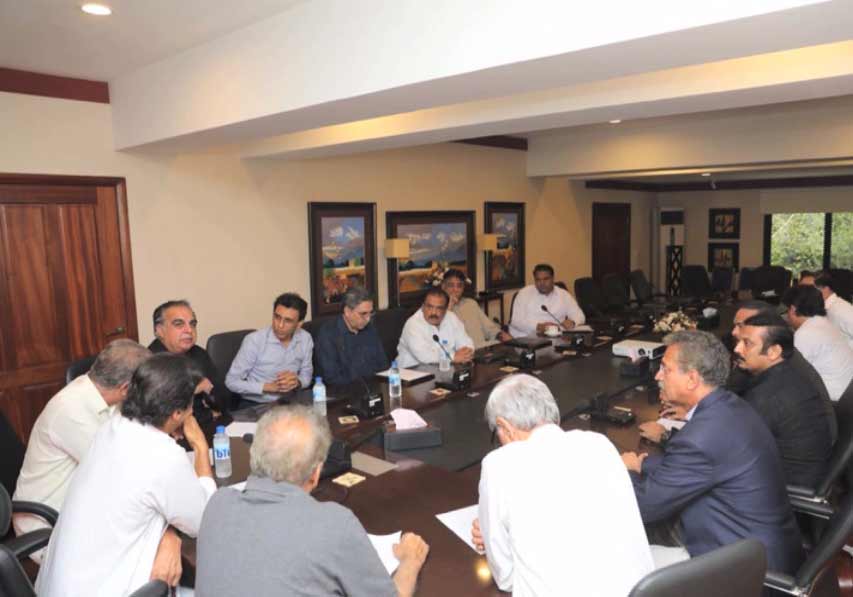 “The PTI has also assured to extend cooperation in the issues of census and delimitation,” the MQM convener said and added continued operation in Karachi will also be reviewed and taken to its logical conclusion.

Speaking on the occasion, PTI leader Jahangir Khan Tareen said that both parties are building on the earlier contacts for formation of government, adding that the manifesto of PTI gives deep importance to devolution of power and an effective local government system. 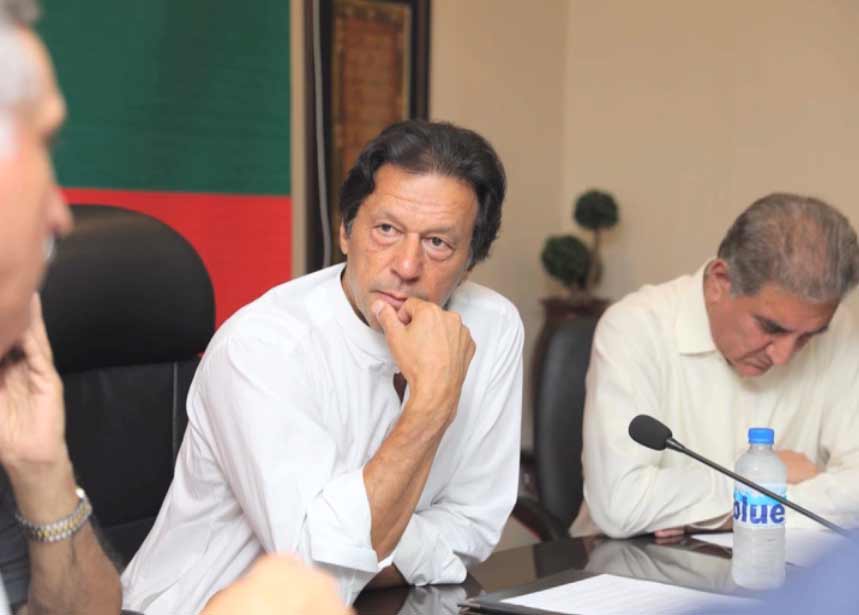 He said that the PTI will try to bring police reforms in Sindh in collaboration with MQM-P like it did in Khyber Pakhtunkhwa.

Tareen further said: “The people of Karachi have trusted PTI and MQM through their votes, adding that unfortunately no serious effort was made in the past to resolve the problems of the metropolis, however, PTI will take steps to give maximum relief and facilities to urban areas of Karachi by announcing a special package for the city.” 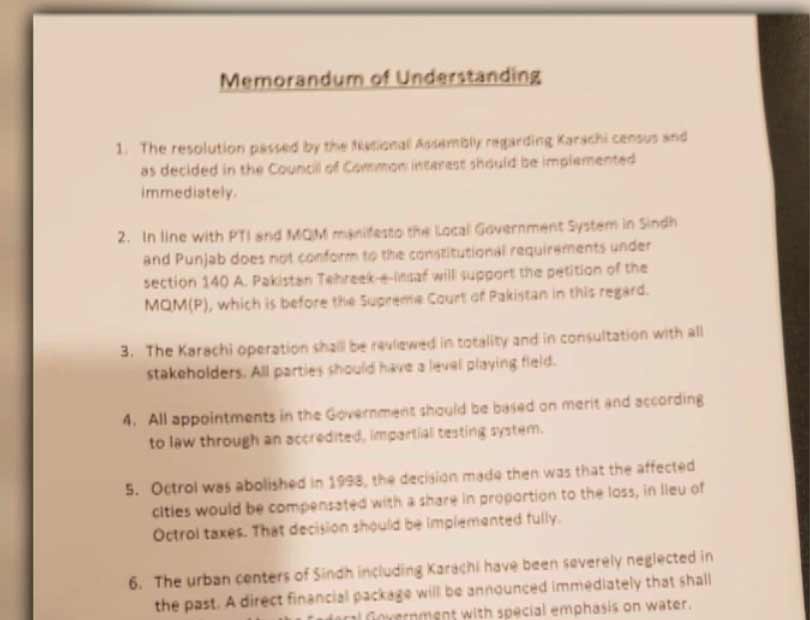 Moreover, he said, a university would also be set up in Hyderabad to grant the right of higher education to its residents.

On July 31, Jahangir Tareen met MQM-P leadership in Karachi and invited them to join the federal government.

The MQM-P put forward various demands to join PTI government in National Assembly. The party, after consultation with Rabita Committee, demanded to stop targeted operation and to reopen its offices in Karachi.

It also asked to hold vote recount in 12 constituencies of Karachi.

MQM-P further demanded to construct university in Hyderabad and to issue funds to the mayor. However; the party had refused to become part of the All Parties Conference and pledged support to PTI. 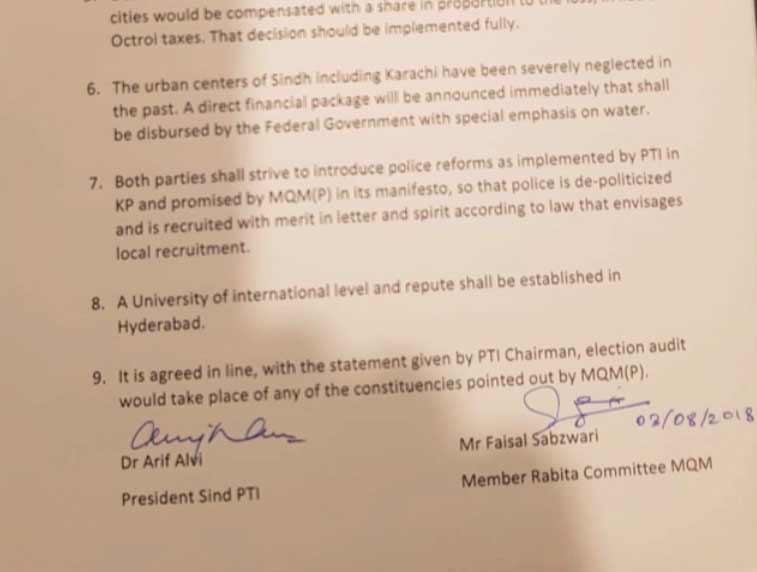 On Friday, Naeemul Haq, a spokesperson of Imran Khan, said that they had successfully got the required numbers to get the simple majority in the house.