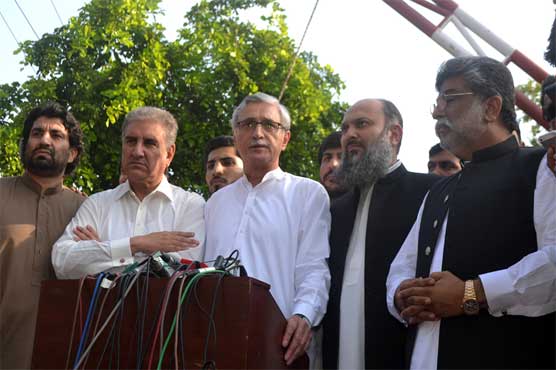 A BAP delegation, led by Jam Kamal Khan, reached Bani Gala in Islamabad where they met PTI Chairman Imran Khan to discuss matters pertaining to the formation of a coalition government in centre and Balochistan.

Addressing media after the meeting, Jam Kamal said his party would work with PTI for the development of Balochistan. “We’ll work as a team with the centre ... This cooperation is for Pakistan,” he added.

Welcoming the development, PTI leader Jahangir Tareen said the parties had agreed on all points. “It is up to (BAP) to decide on the chief minister. PTI supports Jam Kamal as candidate for Balochistan CM slot,” he added.