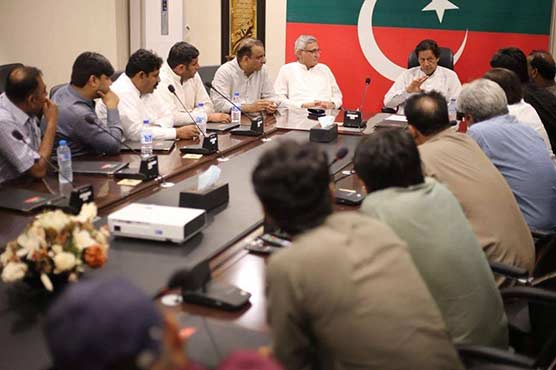 (Dunya News) – Pakistan Tehreek-e-Insaf (PTI) is on cusp of securing simple majority in Punjab as three more MPAs-elect (member of provincial assembly) have on Monday put their weight behind cricket-turned-politician Imran Khan.

With the current tally of 142, PTI requires support of another seven MPAs to form government in Pakistan’s largest province.

On the other hand, a delegation of Pakistan Muslim League Quaid (PML-Q) led by Ch Shujat Hussain and Pervez Elahi has left for Bani Gala. They have already announced support for PTI in both Centre and Punjab. With eight MPAs in pocket, PML-Q’s support for PTI will ultimately end battle for Punjab.

With 129 seats in Punjab Assembly, PML-N enjoys slander lead over PTI but inclusion of independent lawmakers have swung the political battle in latter’s favor. If PML-Q announces support for PTI today, then Khan-led party will secure majority in Punjab and would be all set to form coalition government.