Punjab rule: PTI in lead with 140 seats after joining of MPAs-elect 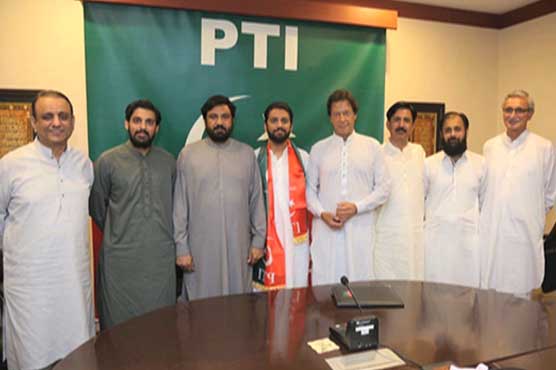 Punjab rule: PTI in lead with 140 seats after joining of MPAs-elect

LAHORE (Dunya News) – In the battle to gain support of MPAs-elect for Punjab rule, Pakistan Tehreek-e-Insaf (PTI) is leading with 140 seats as more independents have announced to join the party.

At least 149 seats are required to form government in Punjab. PML-N had secured 129 seats and PTI had taken 123 seats in recently held general elections. However, the count for PTI has escalated to 134 after its leaders managed to convince the independent MPAs-elect.

Meanwhile, PTI’s Naeem-ul-Haque had also claimed that the party enjoys support of independents in Punjab and the PML-N will have to sit on the opposition benches in the provincial assembly.

He said the people fully expressed their opinion in the general elections. He said Pakistan Tehreek-e-Insaaf has emerged as the second largest party in Sindh province.

On the other hand, Pakistan Muslim League-Quaid (PML-Q), while refusing to support PML-N, also shook hands with PTI.