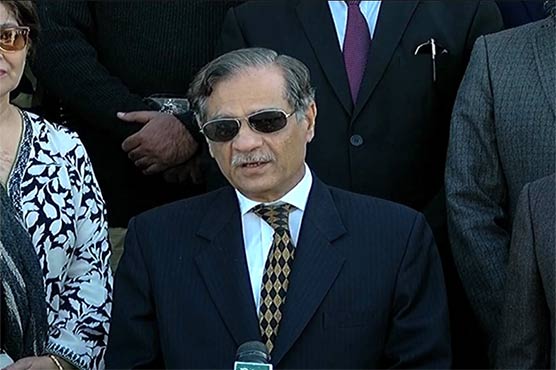 The top judge said that he will force the corrupt leaders to return money of the nation.

During the hearing at Supreme Court (SC) Lahore registry, the top judge said that he will force the corrupt leaders to return money of the nation.

Meanwhile, report on the salaries and incentives of Safe City Authority officials was also presented in the court.

Punjab govt had constituted 56 companies under guise of good governance and registered them under Article-42 of Companies Ordinance 1984.

Punjab Chief Minister Shehbaz Sharif was inspired by the Turkish model and therefore summoned analysts from the same.

Before formation of these companies, 113970 employees were working in different departments across Punjab and the figure augmented to 157500 following arrival of Turkish corporations.

Rules were either disregarded or revoked while contracts were given on basis of sheer nepotism, thus inflicting hefty losses on provincial exchequer as Shehbaz Sharif issued mammoth Rs150 bn funds in this regard.

Earlier, only six companies were formed but the amount soared to 56 in years to come.