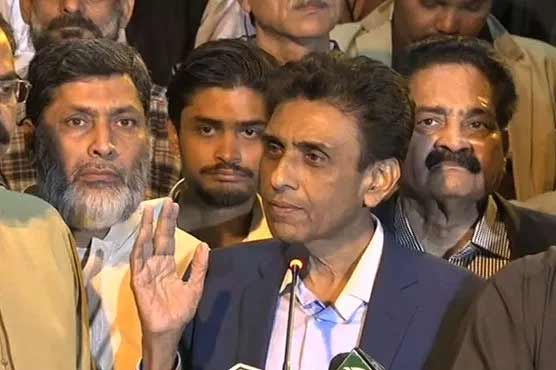 Farooq Sattar and Naveed Jamil had arrived in Islamabad to attend the APC.

According to sources, Farooq Sattar and Naveed Jamil had arrived in Islamabad to attend the APC but decided against it after invitation from the PTI for a potential alliance.

Although Khan appeared likely to fall short of the 137 seats needed for a majority in the National Assembly, his better-than-expected results mean he should have no problems forming a government with a handful of small coalition partners.

One of the first tasks for Khan, once he forms the government, will be to avert a currency crisis, which follows four devaluations of the rupee currency since December, and will likely require Islamabad to seek Pakistan s second International Monetary Fund bailout since 2013.

Despite initially rejecting Khan s win and alleging that vote rigging had taken place, Shahbaz Sharif s Muslim League accepted the results on Friday. Sharif is still behind bars on corruption charges, after being detained upon his return to Pakistan on the eve of the election.

"The PML-N would play the role of a strong opposition," said Shehbaz Sharif.

PTI spokesman Fawad Chaudhry said that work to build the governing coalition was already underway and that the party would consider both independents and allies, in a process that could take several days.