CJP asks to brief over procedure for fixing petroleum prices 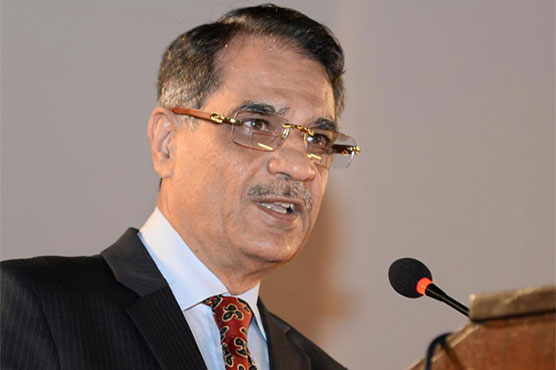 CJP asks to brief over procedure for fixing petroleum prices

CJP said that increase in the petroleum prices is just a source to earn capital for government.

ISLAMABAD (Dunya News) – Chief Justice of Pakistan (CJP) Mian Saqib Nisar on Sunday asked to submit details of the procedure under what the changes in petroleum prices are made.

CJP said that increase in the petroleum prices is just a source to earn capital for government.

Nisar asked the concerned department to submit details of the total cost of petroleum products and crude oil from importation to refinery procedure.

Earlier, the caretaker government on Saturday decided to revise down the petroleum prices in light of directions from SC to reconsider the matter of hike in petroleum prices.

During the course of hearing held on July 05, 2018, relating to suo motu notice of increase in petroleum prices, SC directed the federal government to reconsider the matter in order to provide all possible relief to general public.

Meanwhile, Minister for Energy Syed Ali Zafar said the caretaker government was fully aware of the problems being faced by the people and was determined to reduce their sufferings despite the present financial constraints.

However, he said the government would suffer an estimated loss in revenue of Rs 10 billion as result of reduction in petroleum prices.

On June 30, the government, on recommendation of Oil and Gas Regulatory Authority (OGRA) had increased the prices of Petrol by Rs. 7.54 per litre, High Speed Diesel by Rs. 14.00 per litre, Kerosene Oil by Rs 3.36 per litre and Light Diesel Oil Rs. 5.92 per litre.