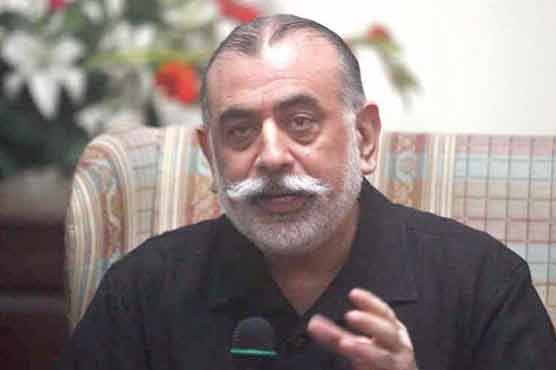 LAHORE (Dunya News) – Former Khyber Pakhtunkhwa inspector general Nasir Khan Durrani, who was nominated by the Pakistan Tehreek-e-Insaf (PTI), on Thursday excused himself from the post of caretaker Punjab CM.

According to Dunya News sources, the PTI had suggested the names of Dr Hassan Askari and former Khyber Pakhtunkhwa Inspector General (IG) Nasir Durrani for caretaker chief minister of Punjab.

The names were decided after consultation of four member team.

It is pertinent here to mention that Nasir Durrani has remained Additional IG Special Branch and KP IG. He is also a member of Punjab Public Service Commission and considered a close aid of Punjab CM.

On the other hand, Dr Hassan Askari is a professor in Punjab University’s political science department. He is also a senior analyst pertaining to politics and military.

Earlier, Pakistan Tehreek-i-Insaf (PTI) took another u-turn and withdrew its nominee Nasir Khan Khosa for the post of caretaker Punjab CM. Mian Mehmood ur Rasheed stated that party would announce new name for the same after holding consultation.

He further stated that announcement was made in haste, adding that names of Tariq Khosa and Nasir Khosa were given to him by PTI supremo Imran Khan.

PML-N strongly criticized the move and said that all doors of consultation with PTI are now closed. There are impregnable chances that the matter will be referred to the parliamentary committee.