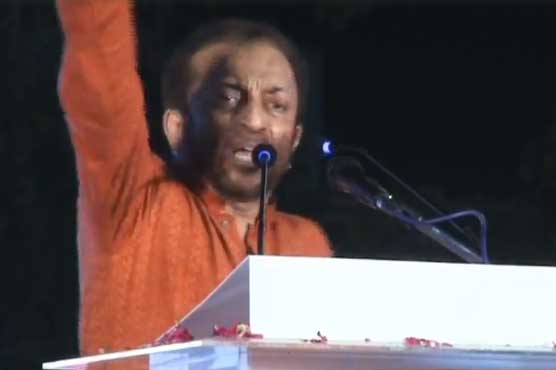 Addressing a public gathering in Karachi on Saturday, while lashing out at his political opponents he asked not test his patience.

Criticizing Pakistan Peoples’ Party (PPP), he said that they were being called by a party of Papa, Phuppo and Pappu, adding that the poor farmers were still living like they were in the 10 years ago.

The PPP co-chairman applauded the man who killed children of Muhajirs, he added.

Sattar said that the disappeared activists of MQM should be recovered and their offices should be returned.

"We have united as one setting aside all our differences,” he said, and added that they have to work towards betterment and self-accountability in the party.