The premier advised Sanaullah Zehri to resign after consulting with Nawaz Sharif. 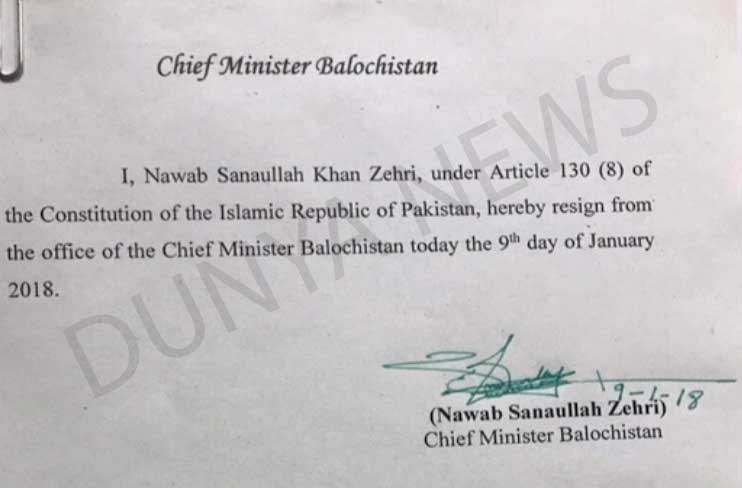 Copy of the resignation obtained by Dunya News

Resignation of the Balochistan CM has come in after over a week-long political crisis after a no-confidence motion was compiled against him in the assembly and at least six ministers had resigned.

Read: No-confidence motion to be presented against Balochistan CM today

Sources privy to the government have reported that home minister Sarfraz Bugti, Changez Khan Marri and Saleh Bhootani are being considered to replace Zehri as the chief minister of Balochistan.

PM Shahid Khaqan Abbasi has called on PML-N chief Nawaz Sharif after resignation of Zehri was approved, to review the situation and political front s standing in the province.

According to sources, the premier advised Sanaullah Zehri to resign after consulting with Pakistan Muslim League-Nawaz (PML-N) President Nawaz Sharif to avoid horse-trading and dispute within the party.

It is worth mentioning here that a no-trust motion against Balochistan Chief Minister was scheduled to be presented in the assembly today where members had started to arrive however the session was postponed for an indefinite period of time.

The CM will hold an important press conference shortly in which he will present his viewpoint.

At least 14 provincial lawmakers signed on the motion against Sanaullah Zehri last week.

Former deputy speaker Mir Quddus Bizenjo had tabled the motion. It was told that the blockage of funds and pending decision on the deputy speaker added fuel in fire. 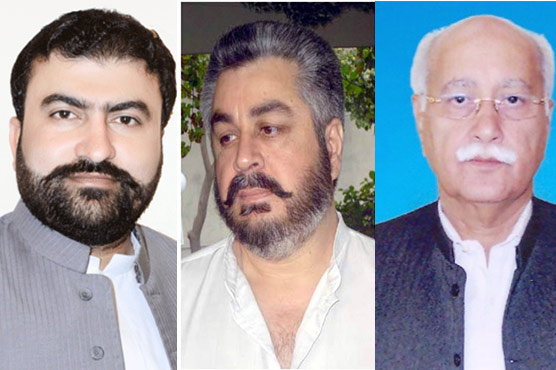 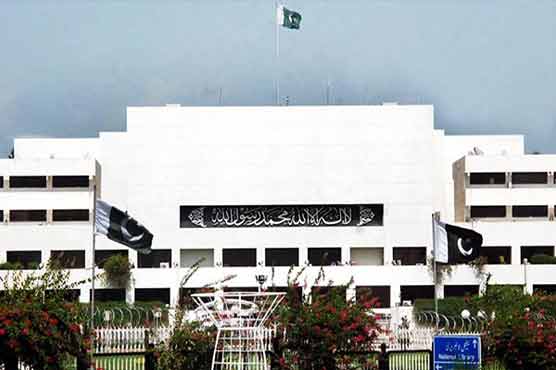 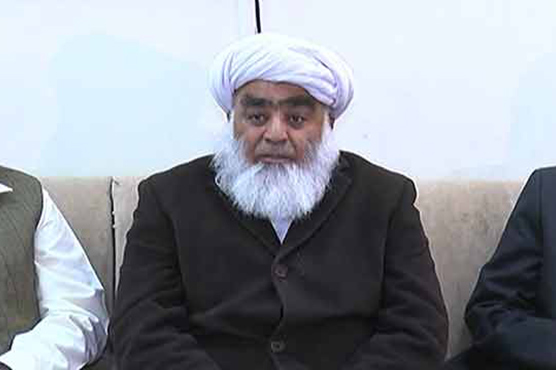 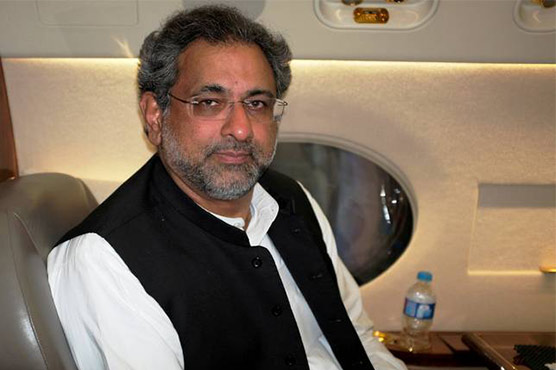