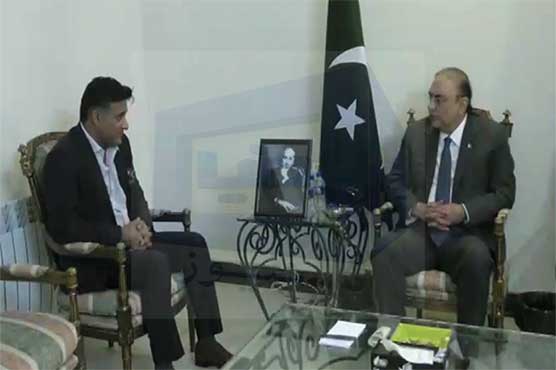 Khushbakht Shujaat and Ali Rashid had met Zardari on Tuesday while Salman Mujahid Baloch and Dr Fauzia had met him yesterday. However, these leaders hadn’t announced joining PPP.

It is pertinent to mention here that another parliamentarian Syed Ali Raza Abidi had also announced leaving MQM-P as soon as the joint press conference of Dr Farooq Sattar and PSP chief Mustafa Kamal had started.

Ladies n Gentlemen from the Holy land of Karbala, I announce to quit MQMP n resign from NA251 as this is not what I believed in n stood for.

On the other hand, MQM’s Rabita Committee met on Thursday to handle the situation as prominent leaders repeatedly showed concern over the alliance with PSP. The meeting too was marred by confusion as Dr Farooq Sattar did not attend the party and it was instead convened by MQM member of the national assembly from NA246, Karachi.

The meeting decided that the party will keep its name, flag and electoral symbol  kite  intact. Senior leaders of the party including Nasreen Jalil, Karachi mayor Waseem Akhtar and Kamran Tissori went to Farooq Sattar to convince him but Sattar refused, saying that he couldn t act.

Sattar said in a statement that he d make his announcement at 9pm tonight.