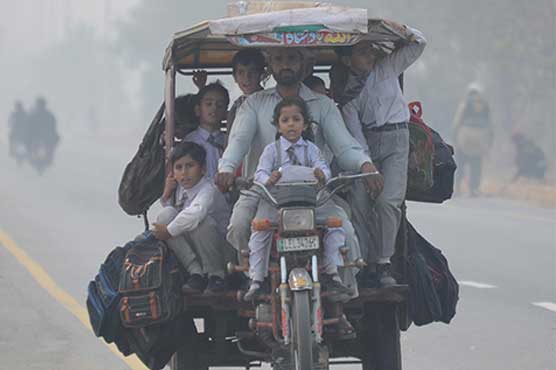 LAHORE (Dunya News) – At least ten people have lost their lives and several others sustained injuries in road accidents due to fog in different area of Punjab on Friday morning.

Three children were killed and several others hurt when a speeding truck rammed into a rickshaw near Chowk Azam.

Two persons were killed when a dumper turned turtle in attock. on Sheikhpura Road, a passenger van collided with a bus, killing five people and injuring several others.

According to Met office, mainly dry weather is expected in most parts of the country. Foggy weather conditions are expected in plain areas of Punjab and upper Sindh. However, dense foggy conditions are likely to continue over Lahore, Faisalabad, Sargodha, Gujranwala and Sahiwal divisions during night and morning hours.