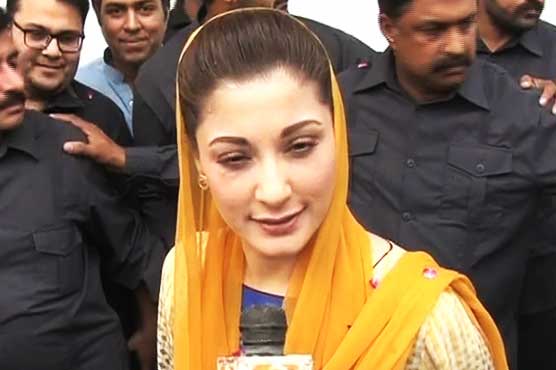 Maryam Nawaz pledged to launch development projects in the constituency.

During the visit, Maryam Nawaz assured locals of resolving their issues and also pledged to launch development projects in the constituency.

Maryam Nawaz said let the people decide whether they want Pakistan Muslim League-Nawaz (PML-N) in the government or not. Those expecting differences in Sharif family will face embarrassment, she continued.

Some people got disappointed over Nawaz Sharif’s return, she added.

It is to be mentioned here that Nawaz Sharif’s wife Begum Kulsoom Nawaz, who is in London for the treatment of Lymphoma, won NA-120 by-election on a seat that fell vacant after Nawaz was disqualified by Supreme Court (SC) in Panama Leaks case.

Not even an aspirant to lead PML-N, clarifies Maryam Nawaz