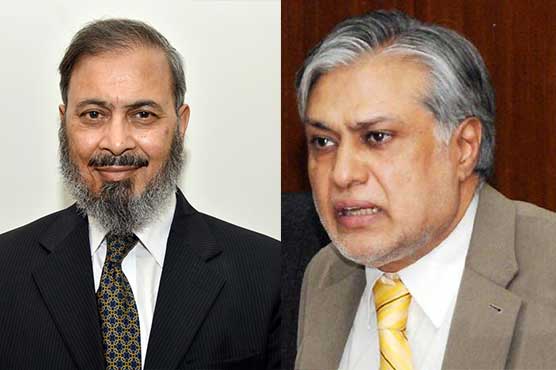 According to details, Saeed Ahmed has alleged that Ishaq Dar’s company opened five foreign currency accounts in different banks of Lahore on his name with the help of stolen identity card and forged signatures.

NBP president said he was completely unaware of these accounts. Furthermore, it has been decided by the authorities to conduct forensic tests of account opening forms.

On the other hand, Ishaq Dar once again skipped the hearing of the graft reference on Thursday (today), and his fresh medical report has been submitted in the accountability court of judge Muhammad Bashir.

It has been stated in the medical report that the finance minister will undergo angiography in London tomorrow. NAB prosecutor asked the court to reject the submitted certificate and issue non-bailable arrest warrants against Dar, but his request was turned down.