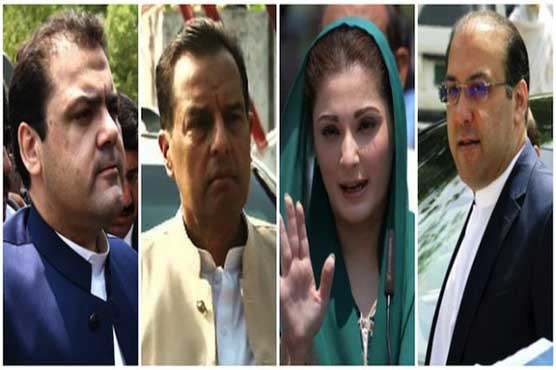 The hearing has been adjourned till October 9.

During the proceeding, NAB prosecutor told the court that Nawaz Sharif’s children and son-in-law are deliberately skipping the hearing as their arrest warrants were sent to the London authorities over which, the court issued non-bailable arrest warrants for his sons and bailable warrant for daughter Maryam Nawaz, directing them to attend next trial at any cost.

The court has also decided to hear cases against Nawaz Sharif, who was not indicted in today’s hearing due to the absence of his children, in separate hearings.

Subsequently, the hearing has been adjourned till October 9.

Earlier on September 26, the court had issued bailable arrest warrants for Sharif’s children Hassan, Hussain and Maryam Nawaz along with his son-in-law Captain (r) Safdar over failing to attend the hearing.