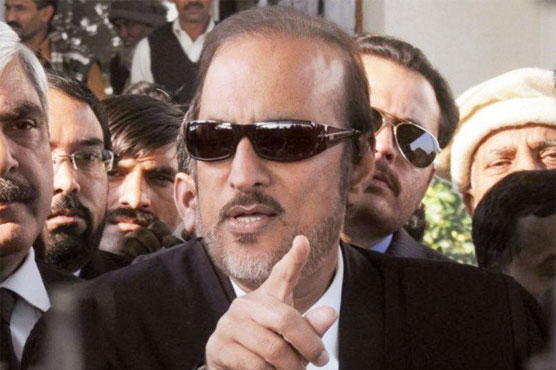 He maintained that bringing the suspect from the judges gate amounts to 'contempt of court'.

Talking to media outside Supreme Court, Awan said that media coverage cannot be impeded until a written order is issued for in-camera trial which is itself a violation of Article-19 A.

He maintained that bringing the suspect from the judges gate amounts to ‘contempt of court’. “Another accused was also brought in the court a day before in full protocol,” he said while referring to Nawaz Sharif.

He notified that the authorities barred media from coverage instead of making the security fool-proof.

The accountability court has indicted Ishaq Dar in connection with a reference filed by the NAB against him for possessing assets beyond known sources of income, and adjourned the hearing till October 4.

The verdict was announced by judge Muhammad Bashir who also read the charge-sheet. Ishaq Dar has been ordered to ensure his presence during the next hearing. The finance minister denied all charges that have been levelled against him terming them false, and submitted surety bonds worth five million rupees as per directions of the court.