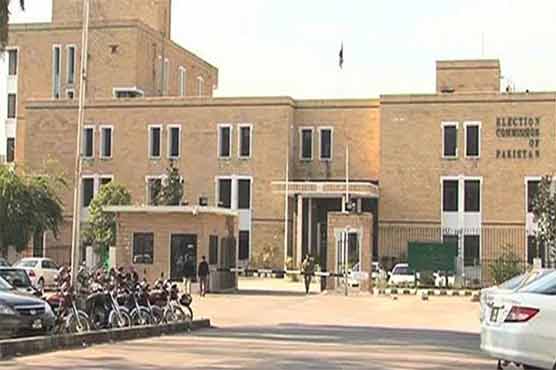 The hearing was resumed by a four-member ECP bench headed by the Chief Election Commissioner.

The hearing was resumed by a four-member ECP bench headed by Chief Election Commissioner (CEC) Justice (retd) Sardar Raza Khan. PTI counsel Babar Awan did not appear before the commission, and the case was argued by Shahid Gondal.

CEC inquired Gondal about the petition against Imran Khan in the Islamabad High Court on the same issue. The counsel replied that the case in IHC has been adjourned till October 11.

Sardar Raza Khan remarked that the commission has not received any copy of the court order. The bench then took a short break and postponed the hearing till October 12 afterwards.

CEC Sardar Raza let it be known that the commission will announce its decision on October 12 if IHC does not issue the verdict.

PTI spokesperson Naeemul Haque talked to media after the hearing and said Imran Khan had submitted his reply in ECP regarding the contempt case on 25, and has challenged the jurisdiction of hearing in IHC.

Biometric machines won't be used in next general elections: ECP