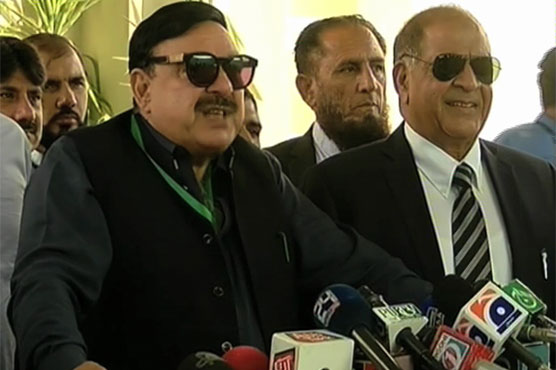 Sooner or later, Sharif family has to face references against them, said Rashid.

ISLAMABAD (Dunya News) – Chief of Awami Muslim League (AML) Sheikh Rashid on Wednesday has said that Federal Minister for Finance Ishaq Dar will not resign even if he goes to jail.

Sheikh Rashid said that Hudaibiya Paper Mills case has been opened now will see that Dar would become a witness or accused. Once a thief is always a thief, he added.

He said that if Dar had any evidence to proof his innocence in the case, he would have submitted in the court, adding that sooner or later, Sharif family member have to face references against them.

On the other hand, the court has indicted Ishaq Dar in connection with a NAB reference for possessing assets beyond known sources of income.

The verdict was announced by judge Muhammad Bashir who also read the charge-sheet. Ishaq Dar denied all charges that have been leveled against him terming them false, and submitted surety bonds worth five million rupees as per directions of the court.

When Ishaq Dar earlier reached the court, a commotion was caused as the media representatives as well as lawyers were not allowed to enter the court. People who came for hearings of other cases were also stopped as the main gate of the court was closed.