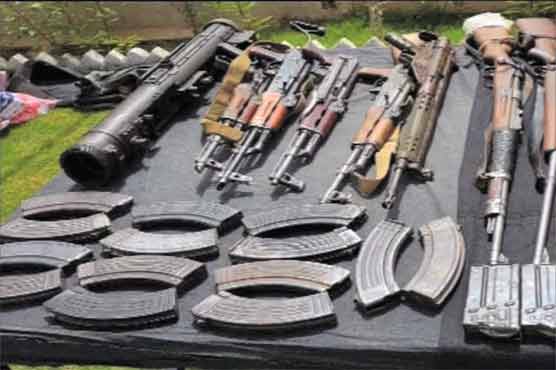 RAWALPINDI (Dunya News) - Operation Radd-ul-Fasaad continues all across the country against the anti-state elements. A huge cache of weapons was recovered in the intelligence based operations carried out by security forces in different parts of Khyber Agency on Tuesday.

According to Inter Services Public Relations (ISPR), the security forces carried out operations in Qamar Khel, Baz Garhi and Bara areas of Khyber Agency and recovered large quantity of weapons.

Sources said that light machine guns, hand grenades, mortar shells, RPG-7 and other kinds of rockets and mines were recovered during the operation in these areas.