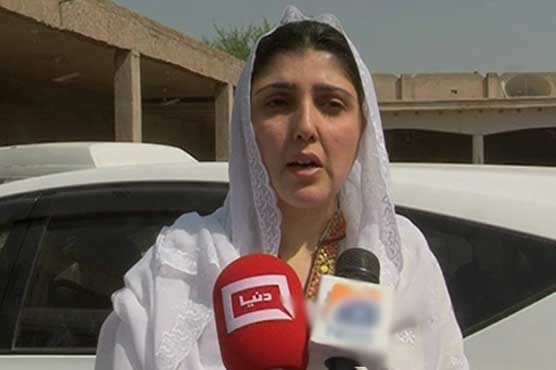 NAB didn't find any corruption evidence against me, she added.

PESHAWAR (Dunya News) – Member of National Assembly (NA) Ayesha Gulalai on Saturday has said that everyone should respect government institutions by refraining from uttering indecent language against them.

Exclusively talking to Dunya News, Ayesha Gulalai said that not appearing before Election Commission of Pakistan (ECP) will give negative message to the youth. She said we have to eradicate the culture of hurling baseless allegations against each other.

Talking about the members of Pakistan Tehreek-e-Insaf (PTI), Gulalai said that you cannot eliminate corruption by hiring crooked people.

National Accountability Bureau (NAB) didn’t find any corruption evidence against me, she added.

She said I am standing in front of the nation after acquittal as groundless accusations were leveled against me.

Imran no Bill Clinton that my case is likened to Monica Lewinsky's: Gulalai