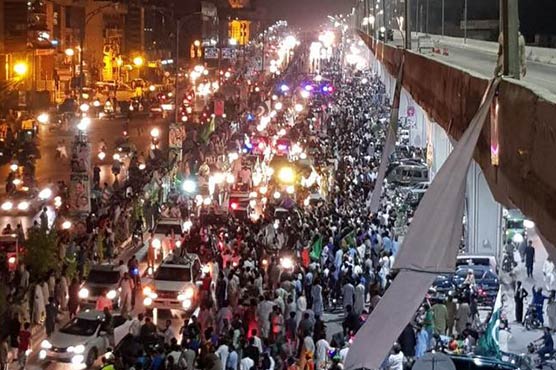 The ex-premier has stayed in Punjab House, Rawalpindi for the night and will set out on the road in the morning.

The route taken by the ousted premier to Rawalpindi

Thousands of PML-N supporters had thronged the federal capital today to express solidarity and love for their ousted leader whereas camps have been formed all along the Grand Trunk Road to welcome the former premier.

Nawaz Sharif‘s rally reached Faizabad after crossing Zero Point and more groups of PML-N supporters joined the cavalcade while on way to Rawalpindi. The ex-premier was reported to be addressing the supporters in Faizabad but that did not happen.

As the convoy reached Faizabad:

Former prime minister was initially scheduled to address party workers at D-Chowk, Kachehri Chowk however, he has not delivered a single address since kicking start the journey at 11:00am today from Punjab House.

While in Faizabad, the former premier moved from BMW four-wheeler to his makeshift private space formed out of a goods container. 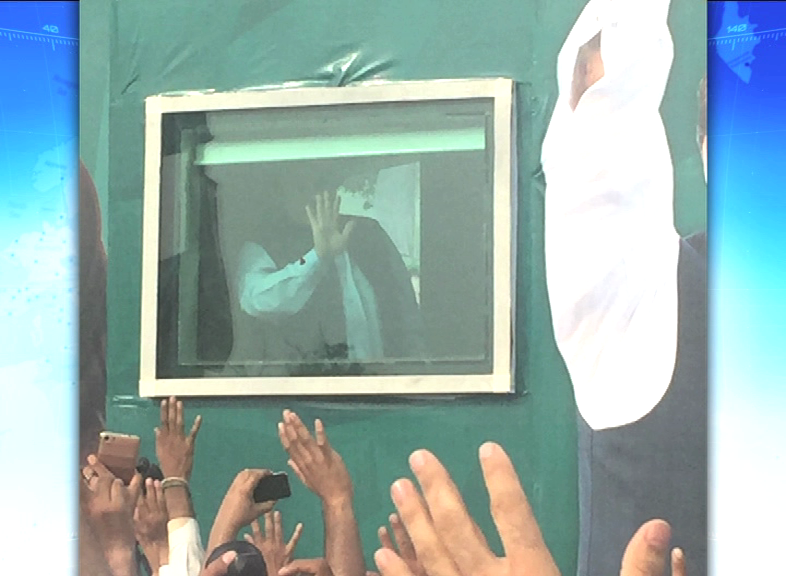 PM Nawaz embarks on the journey from Punjab House, Islamabad

Pakistan Muslim League-Nawaz (PML-N) caravan will first reach D-Chowk from Punjab House and then will head towards Faizabaad through Blue Area and Zero Point. It will enter Rawalpindi via Murree Road from where it will depart for Lahore via GT Road.

He has been directed by the security personnel to not step out of the container due to security concerns.

PML-N leader Amir Muqam led a rally from Peshawar to Islamabad to join the cavalcade and while talking to the media, he said that the party workers live and die for Nawaz Sharif.

“The people are going along with Nawaz Sharif out of their love and loyalty with him. We are committed to the public and not to the opposition. Nawaz Sharif was PM and will also be in the future,” he maintained.

It is reported that Nawaz Sharif chaired a consultative meeting of party workers ahead of the rally and discussed arrangements for his Lahore arrival and future agenda. 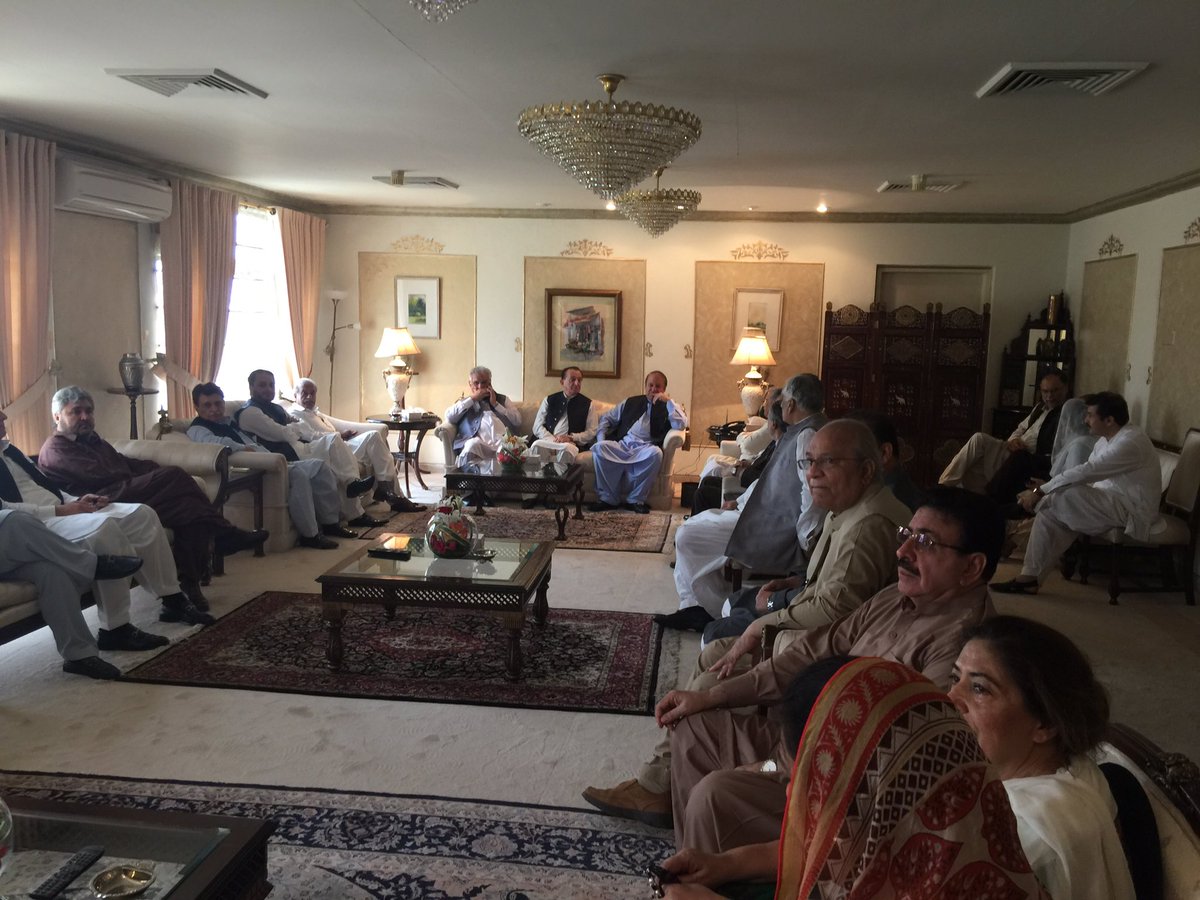 All arrangements weren finalised as banners and posters were displayed on the route while the local administration granted permission for the rally as well.

The security plan was devised under which more than 6,000 security personnel have been deployed while all the areas around the route will be sealed as the cavalcade approaches.

Helipads have also been built in Gordon College in Rawalpindi and in ten other colleges of the district including Rawat and Gujar Khan to handle any untoward incident. 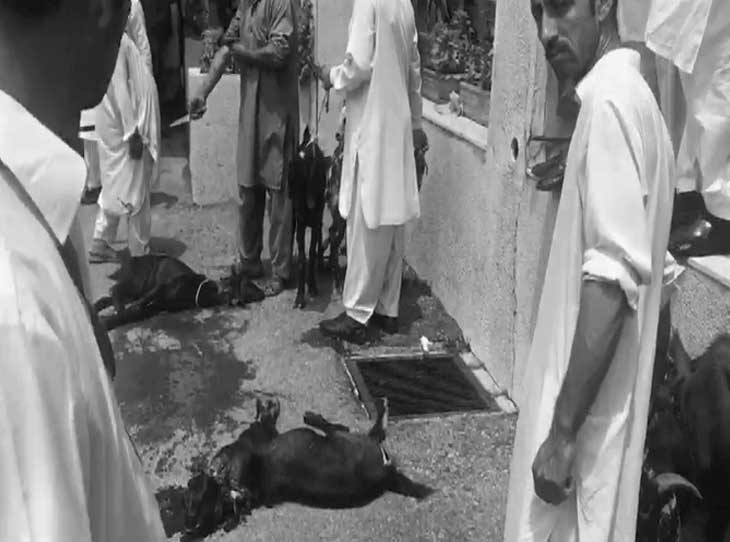 Goats being sacrificed before departure of rally

The fresh PM for Pakistan

On August 2, President Mamnoon Hussain had administered oath to Shahid Khaqan Abbasi after he was elected as the leader of the House in National Assembly (NA) for 45 days by securing 221 votes.

On August 4, a 43-member new cabinet that included 27 federal and 16 state ministers took oath in a ceremony at Prime Minister House.

Opposition parties in Pakistan saw offshore companies as proof of money laundering done by Sharif family. Questions over the source of money used to purchase flats in London’s posh Mayfair locality by Sharif family were raised.

The top court took up the case in October last year on petitions filed by Pakistan Tehreek-e-Insaf, Awami Muslim League and Jamaat-e-Islami.