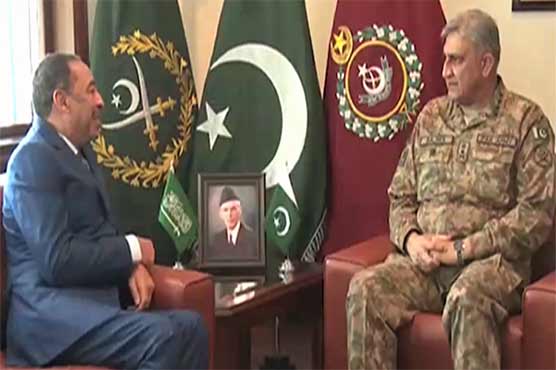 COAS stressed that Pakistan gives importance to the ties with KSA, adding that the defence agreements with Saudi government hold significance. He promised to protect the sacred places of Muslims.

KSA’s deputy defence minister praised the efforts made by Pakistan Army for peace and prosperity by fighting terrorism. He embraced the sacrifices made by brave soldiers. He backed Pakistan’s stance on international affairs.

Efforts must continue to defeat terrorism to establish rule of law: COAS