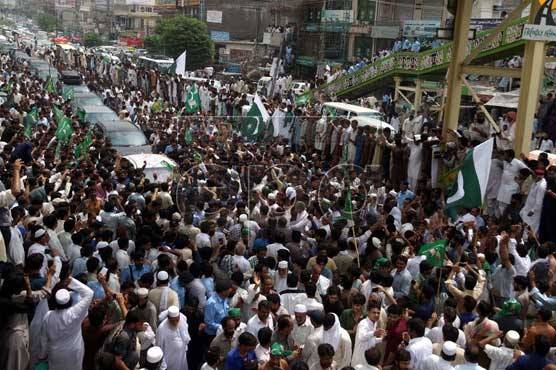 Rally would conclude in Lahore.

The concerns were forwarded in a letter.

Meanwhile, 6000 policemen have been deployed on rally s route whereas section-144 has been lifted in Rawalpindi. The vicinities, located near route of rally, has been sealed by security agencies.

On the other hand, Punjab Home Department has finalized arrangements for Nawaz Sharif’s GT road trip. As per details acquired, ousted Nawaz wouldn’t be allowed to step out of his bulletproof car.

Sources privy to development said that all offices of Pakistan Tehreek-e-Insaf, located on route of rally, would remain close whereas legal action would be taken against offenders.