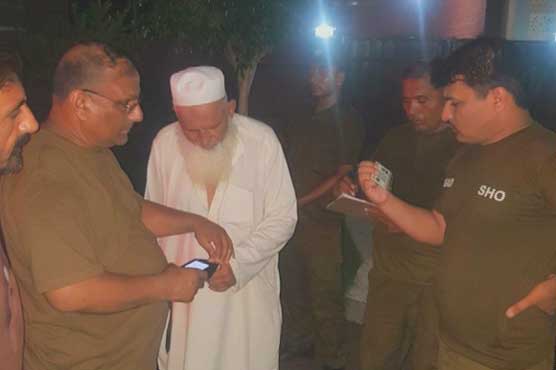 According to details, the search operation was carried out in Nawan Kot, Lower Mall, Ravi Road, Sanda, Larri Adda, Ghalib Market, Maseerabad and Kot Lakhpat areas of the city.

Police searched hotels, bus stands, hostels and flats in these localities. Biometric device was used for the identification of the residents and 34 persons were taken into custody who failed to produce any identity document.

Police sources informed that the arrested persons were shifted to police station for further investigation.

On the other hand, police have also condoned off the route of PML-N rally and started checking of suspect vehicles in the city.