Model Town tragedy victims will get justice, announces Qadri on his arrival in Lahore 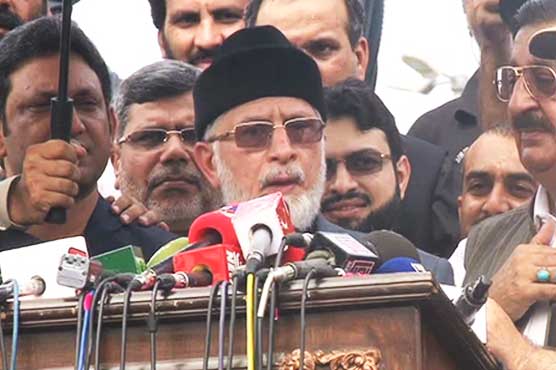 Model Town tragedy victims will get justice, announces Qadri on his arrival in Lahore

Qadri assured to announce future strategy in the rally at Nasir Bagh today.

He said the court declared Nawaz Sharif liar while former prime minister Yousaf Raza Gillani was ousted over contempt of court issue. He suggested to impose article 62 and 63 for the elimination of corruption in the country.

PAT chief also asked Sharif to tell against whom he will be marching through GT Road on Wednesday. Reveal the name, if you have courage, he continued.

He further thanked his supporters and said the caravan of cars would depart from Mall Road, adding that he doesn’t believe in the security provided by the Punjab government.

Going to Canada is not compulsion for me as I have not gone there from past four months, he said.