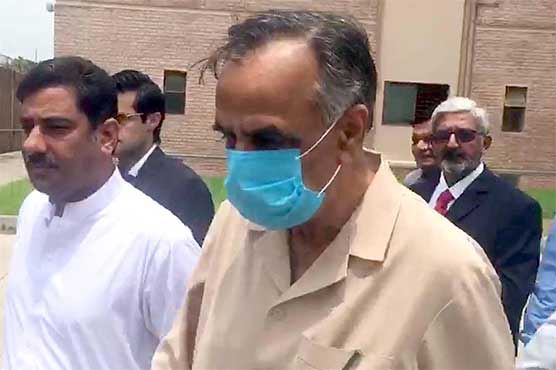 Hijazi was earlier on a four-day physical remand over the allegations of record tampering.

ISLAMABAD (Dunya News) – The court of a senior civil judge in Islamabad has on Wednesday extended the physical remand of the suspended chairman of Securities and Exchange Commission of Pakistan (SECP) Zafar Hijazi for three days, and handed him back to the Federal Investigation Agency (FIA).

Hijazi was earlier on a four-day physical remand over the allegations of record tampering of Chaudhry Sugar Mills in the high profile Panama probe. Meanwhile, the former SECP chairman suffered from kidney infection, and spent two out of these four days in hospital for treatment.

FIA had requested the local court to extend Hijazi’s physical remand, as the investigation was not completed due to his illness. The court accepted FIA’s plea and directed the agency to present him on July 29.

Zafar Hijazi was then asked by the journalists that would he become an approver against Finance Minister Ishaq Dar, and he responded in negative.