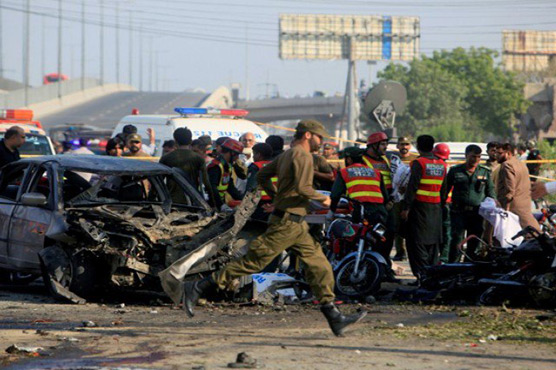 Eye witnesses share the initial confusion and panic at the time of the blast. Photo: Reuters

It would have been another first working day of the week had it not been for a blast that ripped through the heart of the city at around 3:55pm on July 24 in Lahore. The blast claimed 26 lives, including 9 police officials, and left over 50 injured.

The blast that occurred at one of the main arteries of the city – Ferozepur road, close to the Arfa Karim Software Technology Park left the city paralysed for several hours as panic and chaos ruled the day. The blast occurred at a time when an anti-encroachment drive was underway at the Sabzi Mandi close to the technology park since Monday morning.

The blast was in close proximity of the ASTP. Eye witnesses share the initial confusion and panic that they faced at the time of the blast.

“It was slightly before 4pm. I was in my office on the 9th floor when I suddenly heard the sound of an explosion. It shook the entire building. We felt tremors. I rushed towards the windows to see what had happened and saw people running away…in fear. We couldn’t see much but it was so unusual. We knew it wasn’t normal. They were demolishing buildings nearby in the morning, but it didn’t create any disturbance throughout the day. This was different. Hardly a few minutes later, we learnt it was something else – nothing normal.

We were asked to evacuate the building.”

Hafeez-ur-Rehman Hadi was inside the Arfa Software Technology Park on July 24.

“I was seated in a shop inside the Mandi. There were 8 to 10 people sitting there including the police, close to where the blast occurred. They were demolishing the buildings there. Some labour workers were also working close by. After the blast no one knew what had happened. Nothing made sense.”

Muhammad Altaf was present inside the Sabzi Mandi near the ASTP at the time of the blast.

“I was plugging in my laptop’s charger in my office when there was a loud bang and I felt my chair pushed slightly forward. We thought there had been some sort of an accident, like with the window cleaners working outside. But hardly a few minutes later I received calls from colleagues on the 10th floor of the building. ‘They are dead bodies on the road,’ they said to me. We rushed upstairs and saw people covering dead bodies. The ambulances and rescue teams had already arrived by the time we went up to the 10th floor.
Soon everyone was asked to just move away from the glass windows.”

Muhammad Bilal was on the first floor of the Arfa Software Technology Park when the suicide attack took place.

“After the loud explosion we saw some smoke and our initial impression was that this was some accident. And then we saw a coaster stop and people fleeing from the area. We knew then this wasn’t an accident.”

“They were demolishing buildings since morning so we thought there had been an accident. And we couldn’t see clearly from outside our office windows. All we saw was a truck, a destroyed car, a motorbike as if cut in two parts and few people lying on the road – which we later understood were bodies.”

Ahmed Chauhdry and Nazeef Ishtiaq were on the 6th floor of the ASTP.

“Someone picked me up and put me in an ambulance. I was given some water and that is when I regained consciousness. I have no clue what happened. Nothing.”

Muhammad Danish was travelling on the Ferozepur road at the time of the blast. He was left injured. 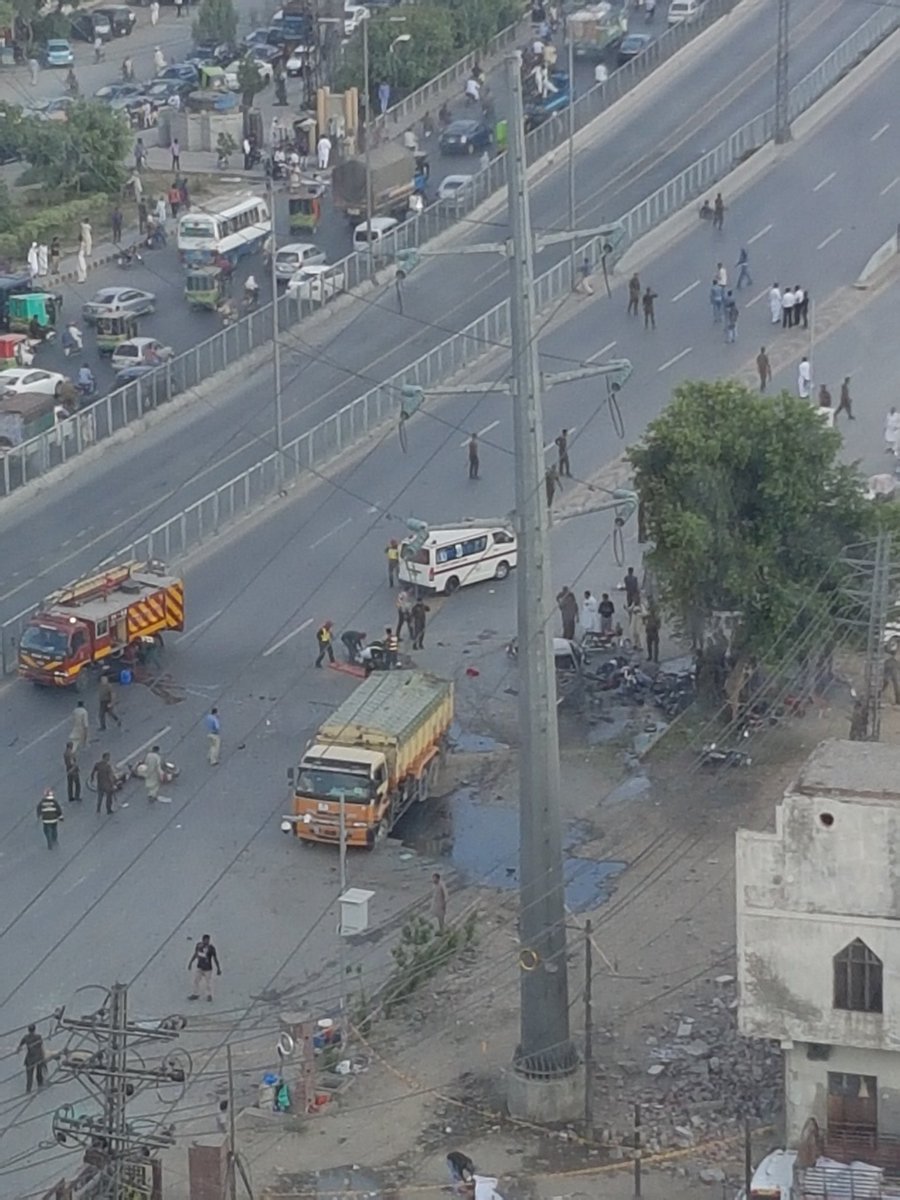 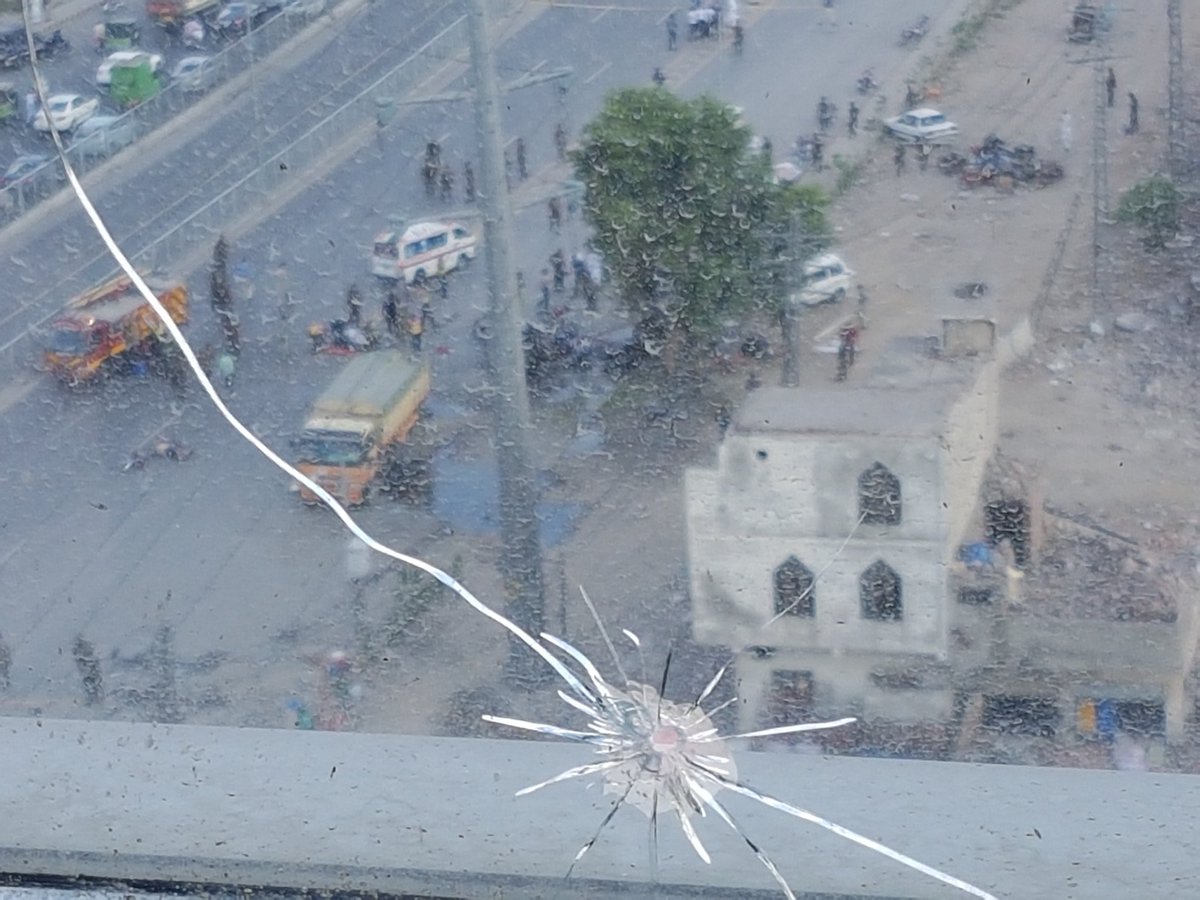 Images tweeted by Khabeer ul Tanwir (@khabeerkhan) from inside the ASTP just minutes into the blast.