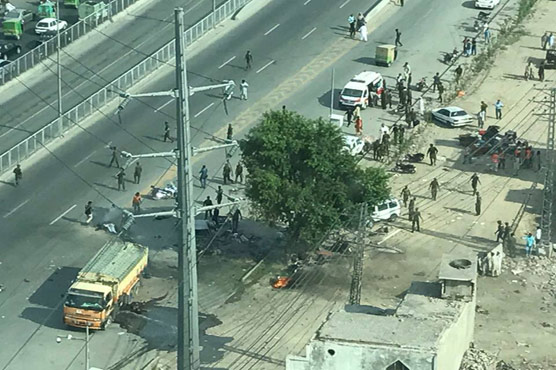 Monday's attack near Arfa Karim is the latest to hit the city. Photo: Twitter

(Web Desk) - Lahore came under attack on Monday as a suicide blast in Sabzi Mandi near the Arfa Karim Technology Park claimed at least 20 lives leaving over 50 injured, according to government officials.

The explosion which is being termed as an attempt to target police and law enforcing officials resulted in the death of 9 police officials according to DIG Operations.

The blast came in the wake of an ongoing anti-encroachment operation that was being conducted in the area since Monday morning. According to Dunya News, a CCTV footage of the area indicated that the blast occurred at 3:55pm. Emergency has been declared in nearby hospitals with the injured being shifted to hospitals. Three motorcycles and a car were destroyed in the blast.

Following is a timeline of some of the major terror attacks the city has witnessed over the years: