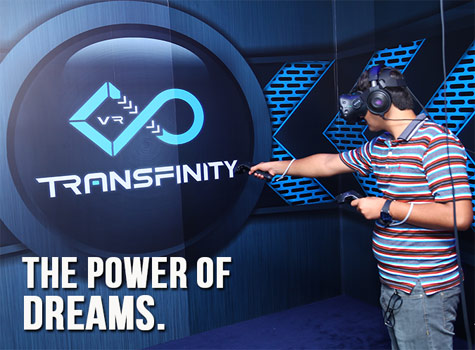 Ever been deep into the ocean surrounded by sharks? Or attacked by zombies in a dark alley with only a gun to protect yourself? Or ever jumped from a ledge of a 13-storey high building only to land flat on your feet? Scared, yes. But not scarred.

Obviously not. As surreal as it sounds, all of these frightful situations can now very well be experienced.

Enter Transfinity, one of the first virtual gaming arcades of the country.
Located in the posh locality of Defence in Lahore, with two other branches - one in Fortress Stadium and the other near Talwar Chowk, Transfinity offers its customers a view into the world of virtual gaming.

As you climb up the stairs that lead towards the arcade, you can’t miss the loud music that comes crashing down on your eardrums, an echo so loud it feels as if it was coming from within the walls. Walk a little further and you would witness people wearing virtual reality goggles laughing, shrieking and ducking as if to dodge a bullet, all for a world only they can see.

“This is not gaming but rather entertainment. There is a market for it as the only other way for adults to go for recreation in the city is either to go to a cinema or a restaurant,” says Awais Aslam, one of the four partners of Transfinity. Aslam says virtual gaming is something that could only be experienced not explained, with users plugged into a world that only they can experience. 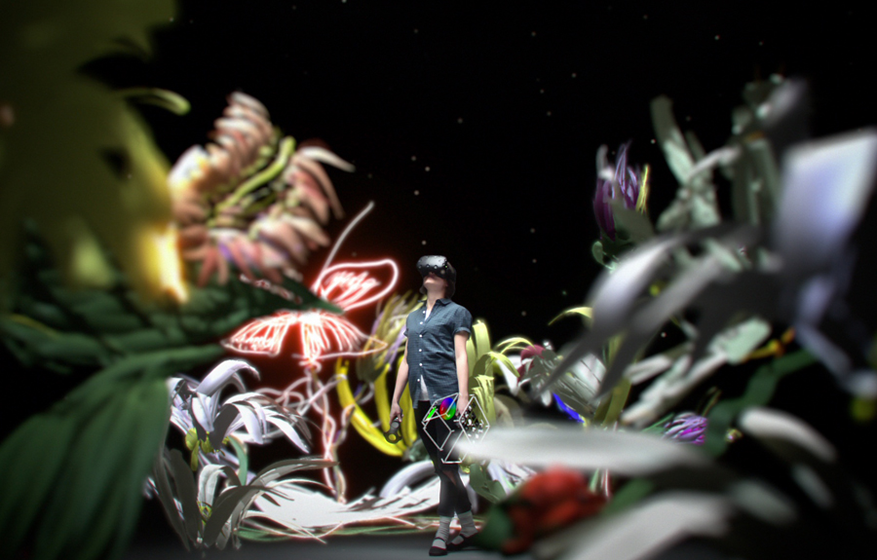 Virtual gaming is a fast emerging technology in the world with tech companies constantly striving to make devices better for consumers. On the other hand, issues with the technology, with the foremost being health, have emerged. People have reported feeling dizzy and disoriented after using VR (Virtual Reality) headsets. However, Aslam dismisses such claims, at least in regards to their outlet. He explains that such health problems occur primarily due to low quality machines, claiming that all the devices used by Transfinity are of the highest quality, imported from the US, which did not give their clients any health issues.

While VR technology is certainly gaining traction at a staggering pace due to its ability to immerse the user in a new world, it is still far away from becoming the new normal for gamers. Aslam admits as much. While he says that it is unlikely that virtual gaming would ever replace traditional gaming platforms, he explains it is primarily because both are simply different things.

Though there is no denying of the growing popularity of virtual gaming, something which the owners of the gaming arcade are fully aware of. The Facebook page of the gaming arcade, which has a following of around 25, 000, indicates that it has received good reviews. Of the 288 reviews posted so far with a 4.9 out of 5 star rating on its official Facebook page. Due to its appeal, Transfinity is thinking of expanding the arcade chain to other cities such as Islamabad and Karachi.

Still things are not all rosy for the arcade. Problems like electricity blackouts and voltage fluctuations increase the cost of the business and force it to keep all of its data on backup.

But if you are in the mood for some virtual reality entertainment, don’t forget to bring in some cash. The gaming requires Rs.600 for a 15 minute run and Rs.1000 for a 30 minute run. So, in for shooting some zombies?