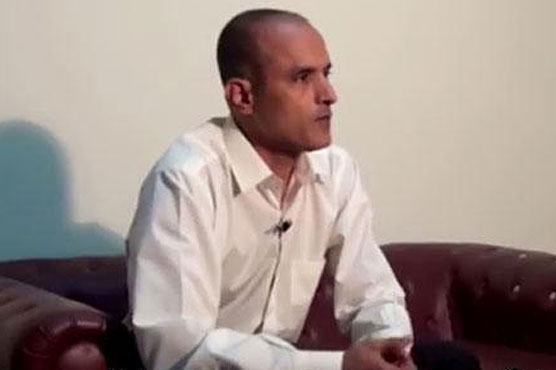 (Web Desk) – Foreign Office Spokesperson Nafees Zakaria said visa for Kulbhushan Jadhav’s mother is under consideration as India made a request in April to allow Jadhav’s parents to meet the convicted RAW spy.

According to Radio Pakistan, Islamabad pointed out that the neighbouring country had retained strict restrictions for medical patients from Pakistan. FO spokesperson confirmed that the visa for Jadhav’s mother was being considered at the moment.

Jadhav was sentenced to death after confessing that he was a former Research and Analysis Wing (R&AW) operative tasked to spread terrorism in Pakistan. He was arrested on March 3, 2017, in an anti-terrorism operation in Balochistan. International Court of Justice (ICJ) had stayed his death sentence till the final verdict.

He condemned the cross-border firing by Indian forces along the Line of Control (LoC). Indian aggression poses a threat to regional security and peace, FO spokesperson also added that the neighbouring forces had committed 542 ceasefire violations in 2017 till now in which eighteen civilians were martyred.

Commenting on the restoration of peace at Pak-Afghan border, he stated that Islamabad realises there is no military solution to Afghanistan issue and they will try to meet negotiations with Kabul.